This time, the forecasters may have actually gotten something right. It’s snowing outside right now, and is downright chilly. But yesterday morning (and really, all of yesterday) was blissfully autumnal, with dazzling sunshine in the morning, clouds and sunbeams in the afternoon, and a beautiful crisp, cold evening. 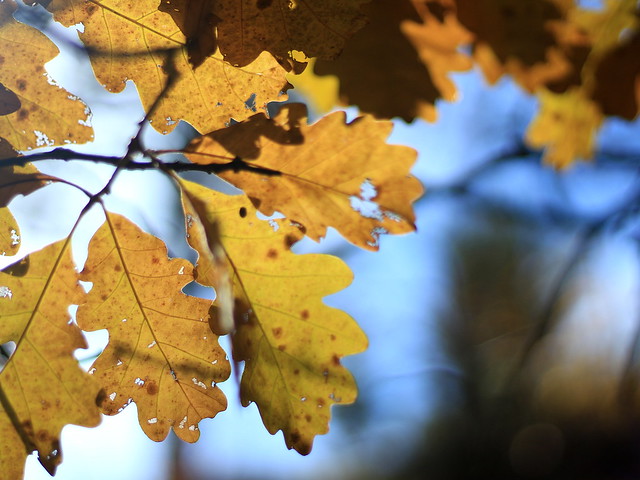 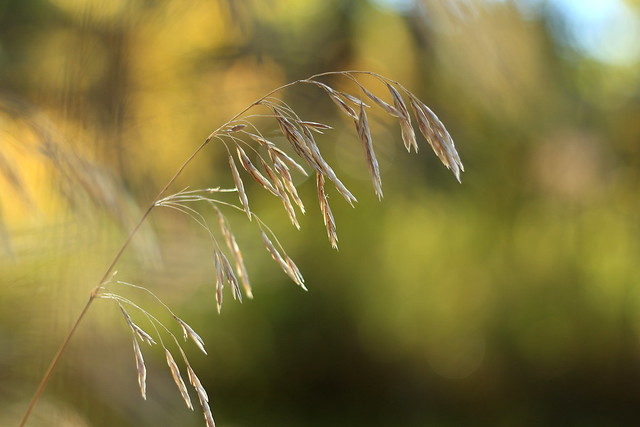 Yesterday morning, the aspens caught my eye. They’re in just the right place to catch the morning sunlight from behind, so I see them glowing from the cabin window. They also are back-dropped by the ridge, so the ridge face is in shadow when they are lit from behind, which makes for just a lovely sight to behold. 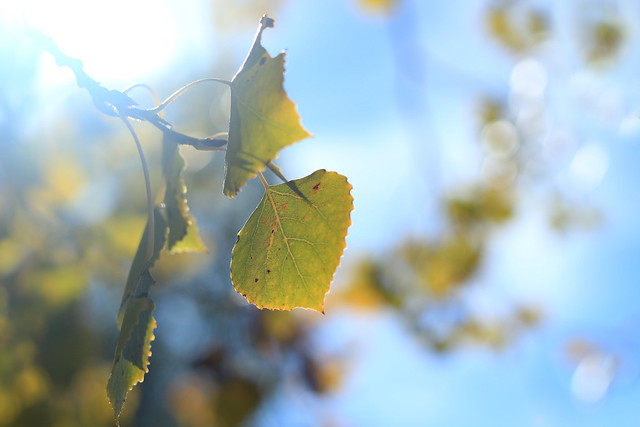 Now for the fun part of my morning.

On this glorious autumn morning, I took my camera and my dog and figured I’d go on a quick little hike to let Trixie stretch her legs. We have a shock collar (go ahead, report me to PETA), which has been fantastic for working with Trixie, since she isn’t motivated to do anything unless it is fun to her. And believe me, chasing turkeys is a whole lot more fun than coming when called. Amazing how fast dogs learn to associate even just the collar with needing to obey. They learn fast. Very fast. 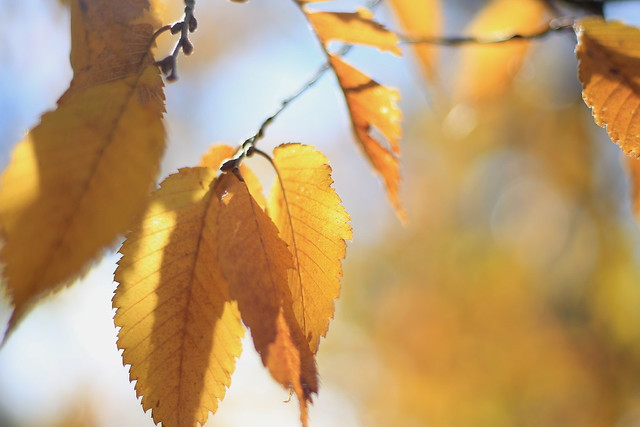 So we headed out towards the Hole-in-the-Wall road, through the pasture behind our cabin and into an old creekbed. I was happily snapping pictures and Trixie was happily staying within sight. Then she disappeared. She has this trick mastered. I’m convinced she waits until I’m busy staring at a leaf or a flower or a rock and then she slips out of sight. This isn’t surprising, since she’ll do this for five or ten minutes at a time, but she always reappears so it really isn’t an issue. Our neighbors are pretty far away. But I thought she headed up the hill that bordered the creekbank, so I headed up after her, intending to get down in the draw on the other side where I had seen some beautiful red fall colors from a distance. I got to the top and she was nowhere in sight. I called. She didn’t come. Huh.

All of a sudden from behind me and to my right, from the ravine further down the creekbed, I heard some sort of canine commotion. In retrospect, I’m not entirely sure what I heard, but I know I heard my dog, and the first thing that occurred to me was a rattlesnake encounter. I ran towards the sound, and could hear a yipping and a howling which sure sounded to my very worried brain like my dog angry and in pain. The barking would break off for a second, then resume again, persistent and disturbing.

I got to the end of the little ridge I was on and then was down on Hole-in-the-Wall road itself. I could still hear the barking and hipping and howling, a really weird sound. And then Trixie showed up, a little out of breath but perfectly sound. And she wasn’t the one yipping and howling. Yes, I was a little irritated with my dumb dog and figured she’d gotten in a tussle with another dog and injured it or something. I pulled out my cell phone thinking to call Dad to have him come down with his gun and put the critter out of his misery, but realized I had no cell reception. I had no leash with me, so I briefly explored the idea of trying to locate the animal more specifically, which was still caterwauling, but I abandoned the idea (thankfully, it turns out) since I wasn’t sure how I’d keep Trixie off the critter, whatever it was. I figured to take her home, call Dad, and we’d check it out. I came to the gate, which I think must have been rehung recently, since the wire loop was tight, so I crawled through the fence instead. I’m glad for that as well, since it took less time than struggling to open and close a too-tight wire fence.

I wasn’t more than a few steps from the gate and something made me look over my shoulder and to my left. Thirty or so feet away was a coyote, yipping and howling and most definitely watching us. I’m bad at estimating distances, but it was close, too close, and it hadn’t been there before, since the yipping had been coming from further away. So it had put itself there. It became apparent that it wasn’t injured. In case you’re not familiar with coyotes, these critters are practically nocturnal and known for being shy in general. It is pretty rare to see them in daylight, particularly at such close quarters, and for them to show interest in a human and a dog is also not normal behavior, at least not to my knowledge. Trixie was my first concern, since I figured she’d want to go investigate, but she really had no interest in the animal. I remember wanting to take a picture, but I didn’t have a zoom lens, there was Trixie to think about, and I think something about the scenario wasn’t sitting right with me.

So we headed home, which was about a quarter mile away.

And whaddya know, the coyote followed us.

Lesson #2. Wild animals really are unpredictable. What they normally do really is somewhat irrelevant when it comes down to it. They’re wild.

My initial concern with Trixie going after it turned into a desire for Trixie to go after it, but she was more than happy to leave it alone and even to put me in between herself and the coyote. Stupid dog. There she is, hardly acting concerned, probably knowing that the coyote would get me first and she’d get off without a scratch. Cute, Trixie. Cute. I walked quickly, thinking it would lose interest. It didn’t.

First it stayed on a little hill above the jeep trail we were on, continually yipping and howling. It would yip or bark a few times and then the barking would roll into a weird howl. I like coyotes at night when I’m inside and they’re outside singing to the moon, but up close and personal I could definitely do without. I turned towards it and hollered at it and tried to look big, but it wasn’t phased a bit. It kept coming towards us, so I figured I’d better keep moving away. I didn’t really like turning my back on it, and maybe I shouldn’t have turned away from it, but I could definitely walk quicker facing the direction I was headed. I kept a close watch over my shoulder, though. I’d be lying if I said I wasn’t scared. It was very probably five of the most unnerving minutes of my life, since that’s probably about all it took to get home. Ever since I was a kiddo, I’ve had kind of a built-in fear (now it’s mostly just a caution) when it comes to dogs, so being followed by a wild one was quite the creepy experience. I watched for trees with branches low enough I could climb up if the coyote decided it wasn’t just following us, though it was close enough it could have closed the gap in probably 5 seconds flat, and I picked up a big stick. I felt a little better. Maybe.

The crazy coyote kept following me – now I say “me,” since by this point Trixie had pretty much abandoned me and I was actually calling her trying to keep her a little closer. Stupid dog.

Lesson #4. Apparently I’m not a panicker. This was actually good to realize. Scared, absolutely. Panicked, nope.

To bring a long story that probably should have been shorter to a close, we made it safely home. Once we were close enough that I figured I could get to the house before the coyote got me, I ran, though by this point I had lost sight of it when it went into the corral, still yipping and howling. I have no idea if this coyote was rabid, protecting something, or just likes hanging out with humans and their dogs, but I’ll be taking a gun with me next time I hike up that way. Thinking back, I’m kind of doubting it was rabid, but we’ll sure be keeping an eye out for it. Definitely a weird encounter.

And I don’t even have any pictures to prove it.