That was a longer break from blogging than I ever intended to take! January was busy, with the addition of another after-work piano student, and there were also a handful of “technical difficulties,” which have just lately been remedied. So now I have my laptop back in working order and can actually blog again. I’ve gotten quite behind in some of our January adventures, and although I generally don’t like to backtrack (enough pictures to deal with going forward!), we’ve had a few fun explorations which I’d really like to share.

So to get back in the swing of things, here is a charming picture of Trixie for your edification and enjoyment. I really do love unattractive pictures of this dog. She is really photogenic that way. And, boy, does she love snow! 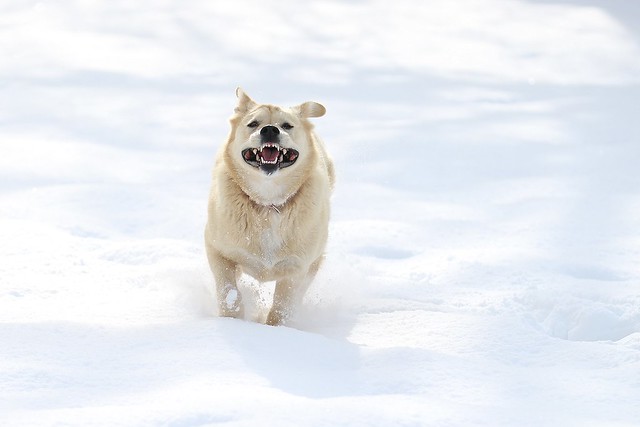 January was a great month, with plenty of wintry weather to satisfy me, and enough nice days to get the jitters out. Excited to see what February holds.