After our short trek to the unnamed ghost town or homestead site on Sunday, and having our visit shortened by rain, we knew we wanted to spend some more time looking around there. We picked Tuesday as the day of choice, little knowing that we would end up enjoying all the variety of Black Hills weather in one day! Not that that would have deterred us, of course! Living in the Hills, one really does get used to very rapid changes in weather, sometimes rapid changes in one area, other times rapid changes due to, for instance, driving over the mountains. 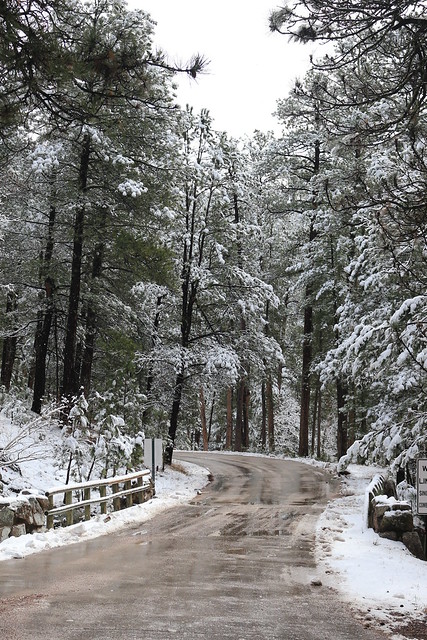 Sarah and I took Playhouse Road into Custer, partly for the scenery, partly because it actually is quicker than going over Mt. Rushmore, and the higher the elevation, the snowier it got. Boy, were the trees lovely to see! We met up with a friend in Custer, and drove down towards Pringle, seemingly leaving the snow behind. We poked around in the ruins for an hour or so, turning up pieces of a child’s skate, the top deal of a hand-cranked ice cream maker, the lid of a pressure canner, and lots of blue glass insulators. As much as I would have loved to “collect” them, we dutifully left them behind. I love blue insulators. But a $20,000 fine is a pretty good deterrent. However, it is too bad that cows and elk and weather don’t leave the artifacts alone, evidenced by the shards of glass everywhere. In another ten years of cows, elk, and weather, the artifacts will be all but gone. 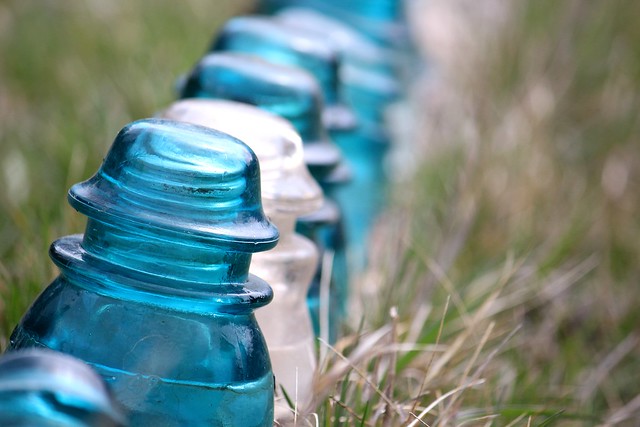 We examined the root cellar more closely, and realized that glass jars and bottles were built into the walls. Some of the bottles were identical to ones I found in our junk piles. Not sure the purpose of building bottles into the walls, but that is something we want to learn about. 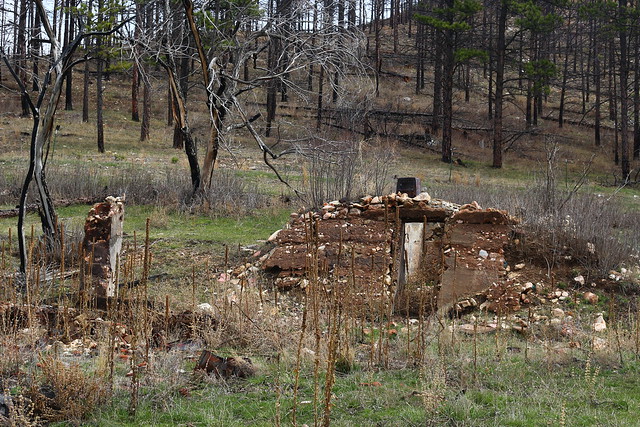 When rummaging in the remnants of long-gone ghost towns and homes, it can be easy to compartmentalize those locations as being purely “historical.” As if the historical artifacts just planted themselves there, and weren’t put there by a living person. It is so easy to forget that these were places that were bubbling with life. These were homes, busy homes, built by people who knew the meaning of the word “work.” Whether dating to the first gold rush or the homestead and mining years of the early to mid 1900s, these people were true pioneers and adventurers, in ways we can’t even comprehend now. 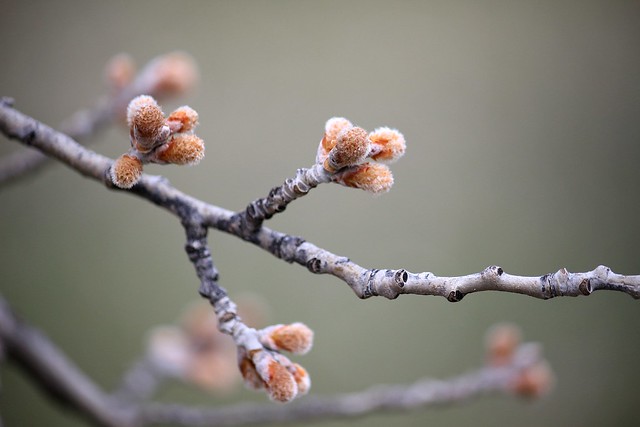 We stayed for about an hour, findings other odds and ends, guessing what the structures might have been, marveling at a giant spreading aspen, so wizened that the bark on the lower trunk looked like an oak or cottonwood. I wonder how much smaller that tree was, when the homestead was being lived on.  The trees down the valley turned grey with approaching snow, and the squall blew in. Rain on Sunday, snow on Tuesday. 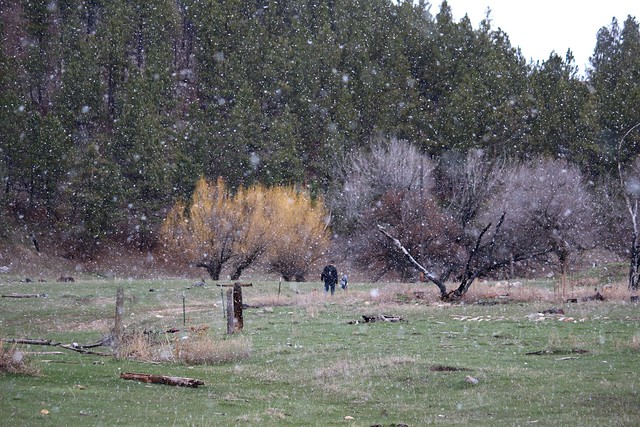 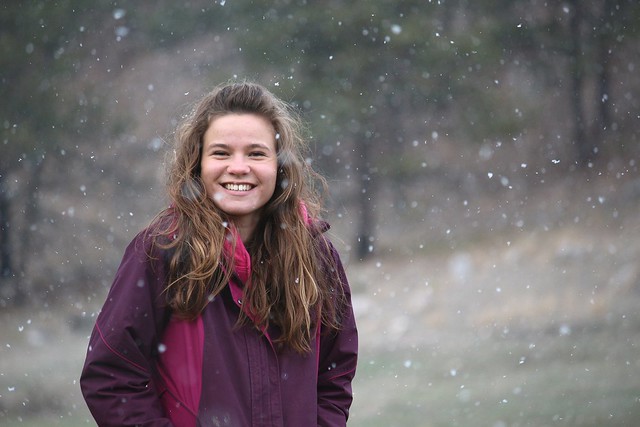 As we drove down to our family property south of Pringle, near Argyle, it was still snowing in quite a winterly fashion, but cleared up when we headed west to the property. How variable the weather can be, from place to place and hour to hour! The following two pictures were taken the same afternoon, the first on our hike in to the Box Canyon, and the second on the hike back out, just a couple hours apart. 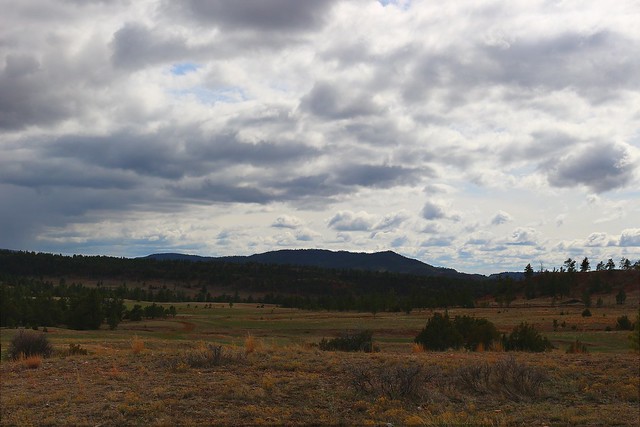 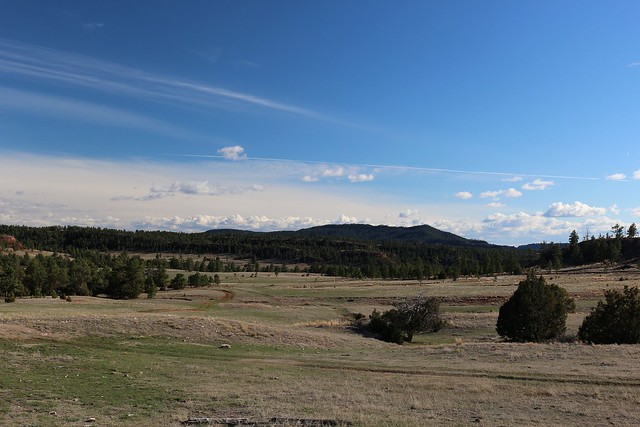 We enjoyed the scenery, the history, the warm sun, the pasque flowers (well, I did, anyway), and Jake flew his drone over the Box Canyon and Spring-on-Hills Stage Stop. The stage stop dates back to the gold rush days, and was only in use for 2-3 years. 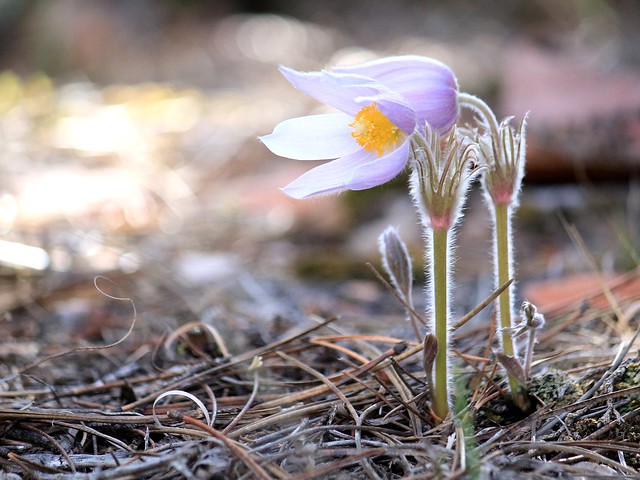 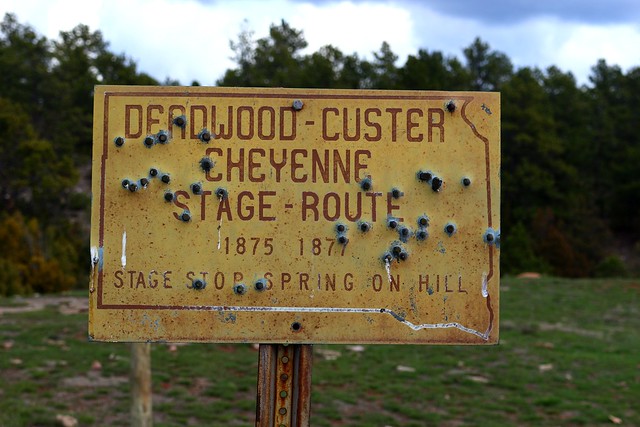 This stop would have fallen out of use as a regular stage stop when the entire route was re-routed west of Custer, due to dangerous conditions in this area. It probably continued to be used by immigrants and adventurers who chose to pass this way, but the stage itself was routed further west. All that is left are some foundations and a caving-in dugout. I remember the dugout being intact when I was a kid, but the heavy rain we had a couple of summers ago in particular brought the roof down. There are still old jars inside – Perhaps someone at sometime lived in the dugout, or maybe it was only ever used as a cellar. Who knows. 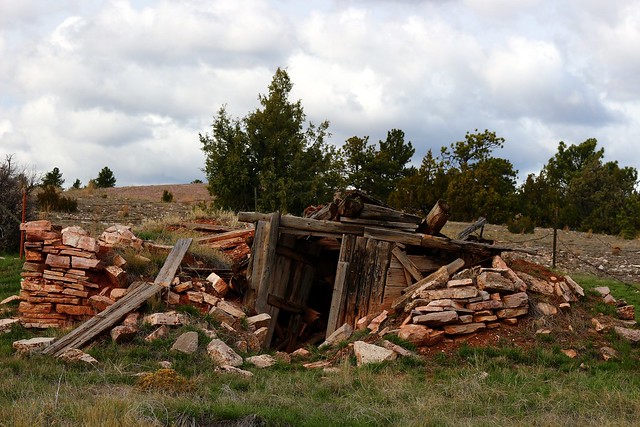 The clouds cleared off and the wind picked up a bit as well, making the drone flying some tricky business. On our hike back out, we saw a herd of antelope in the distance, which for me is always fun, since we don’t have antelope in the Hills. There was also a crazy coyote running around, and lots of bluebirds. I was also fortunate enough to find a patch of Easter daisies, one of the flowers I was hoping to see, since now is their time of year! 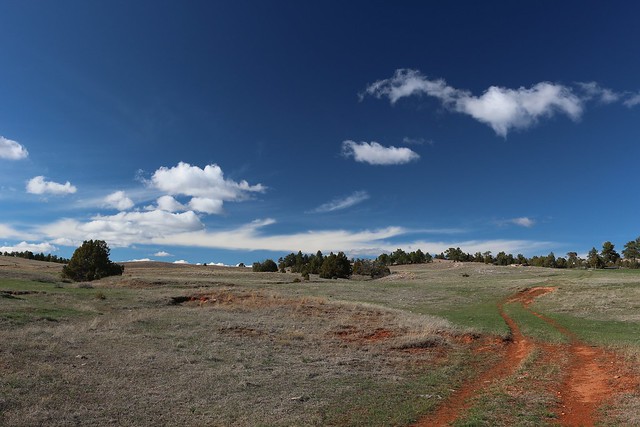 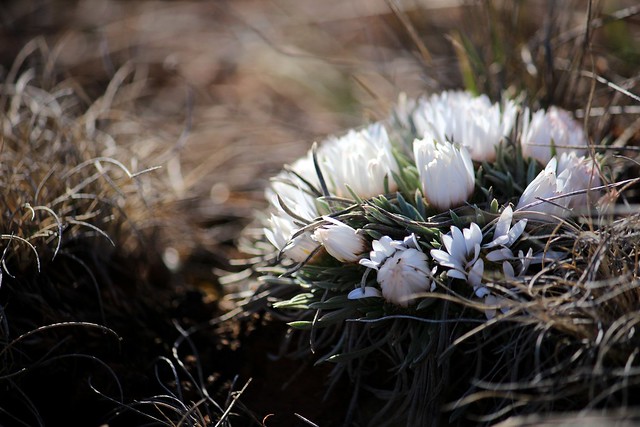 We made one last stop on our way back to Custer, to explore some old cabins near the side of the road. We hit the valley right as the sun was getting low in the sky. Furniture and shoes still mouldered in the houses, and swallows had taken up residence. The pump still pumped water. Coat hooks still hung on the walls. A bedframe gleamed in the light from a window. How the past lingers, even as time marches on. 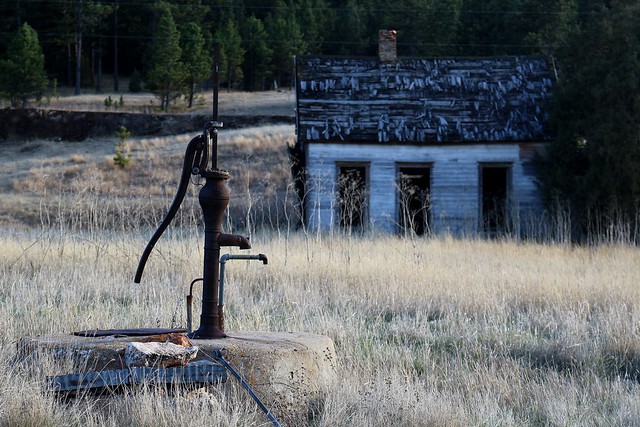 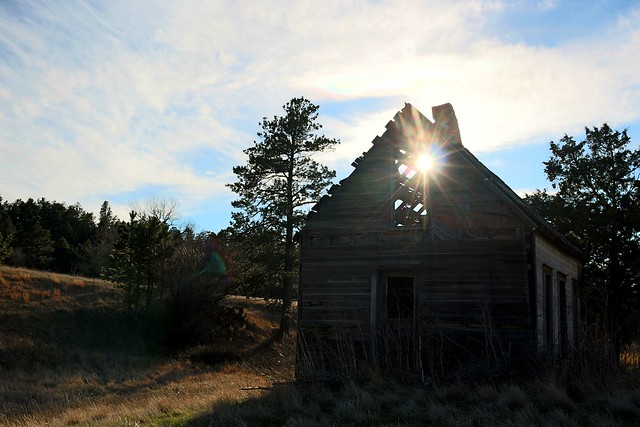 It is rare that we are able to slate a whole day for hiking and exploration. Time marches on. But sometimes you just have to take a whole day to enjoy it.