Rummaging around in a 70-year-old garbage pile is probably not considered socially acceptable. I was thinking about that as I trudged out to the ravine with spades and a large bucket, pulling strands of old barbed wire out of the grass as I went along. Those will be for craft projects. But the trash pile was even better than anticipated, since I seem to have found the “source” pile! I learned a few things about the person who lived here – Pretty sure he drank whiskey and he had false teeth. No, I did not find the teeth. But I found a couple tins of false teeth cleaner! 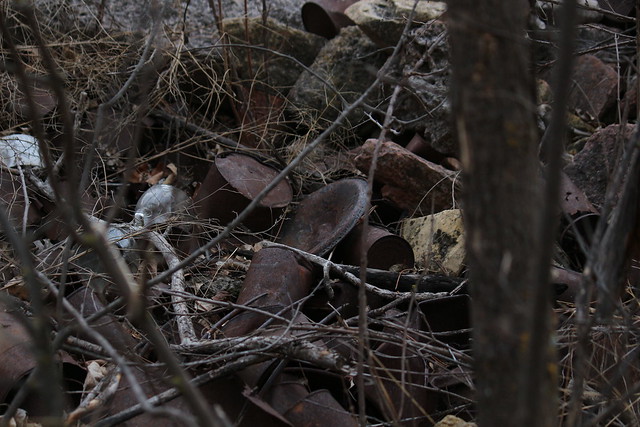 The pile is made up mostly of rusty old tin cans, but digging around we pulled out some interesting-looking glass bottles, a teacup with moss growing inside, an old enamelware bowl, rusted license plates from the 1930s and 1950s, and the head of a pitch fork. It is interesting to think about all the life that has been lived on the family place, people we never knew, people we aren’t related to. Mining, homesteading…living. 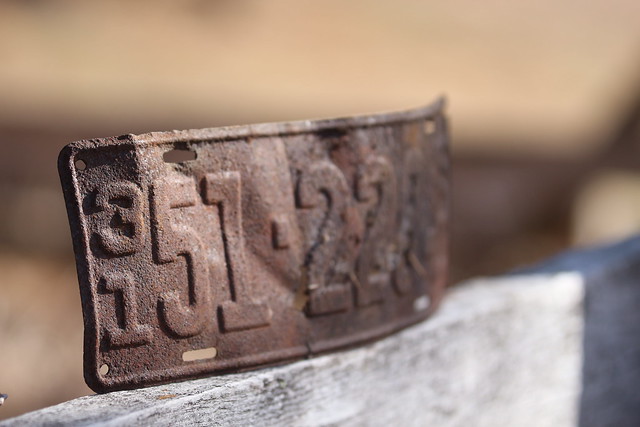 My mom wanted to know if I was ready to throw away all the trash I had brought home. Well, not really! I have ideas for some of these things. Someone else may have cast them off, but they will be added to my collection of “treasures.” As they say, “one man’s trash is another man’s treasure.” 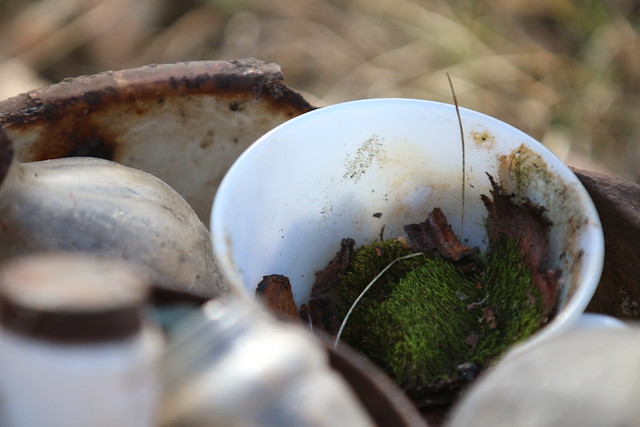 These bottles and the whole notion of treasures bring a number of ideas to mind – How often do we recognize as a treasure only that which has intrinsic worth, or worth that has been assigned materially? How seldom do we recognize as a treasure that which is worthless by material standards, but which has value beyond reckoning?  Phrases like “rags to riches” call to mind a Cinderella-type story. Ashes to diamonds…Caterpillars to butterflies. Those phrases resonate with us. Maybe because our Creator put that longing on our hearts, a longing for transformation. And I suppose those are descriptive of the earth-to-Heaven part of the Salvation story. The Salvation story is the adventure of all adventures, the romance of all romances, the rescue of all rescues, the transformation of all transformations, the Bible being the Saga of the story of Salvation. We don’t belong to this world. Read Genesis. We don’t belong here. But what about “one man’s trash is another man’s treasure?” That is a different kind of transformation. The difference between the trash and the treasure isn’t what it is, but whose it is. 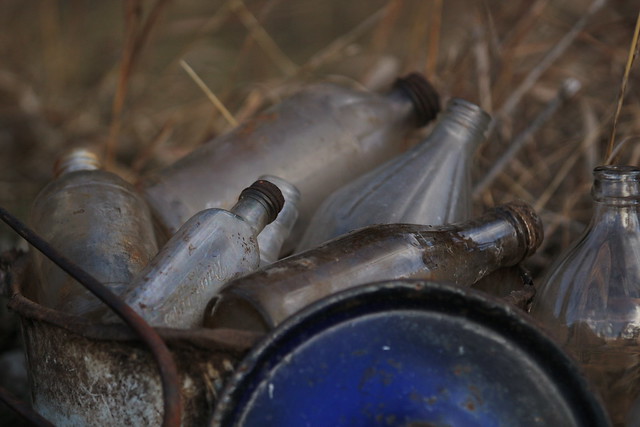 These bottles were nothing special when they were in the junk heap, and they’re still nothing special – Except that they belong to me and I happen to think they’re nice. In a sense, isn’t that the story of the Christian? Yes, Biblically there is a heart change that happens at Salvation and we are fundamentally transformed in one sense, and then are progressively transformed throughout our earthly life, and will then be gloriously transformed after death. Change is a result of genuine Salvation. So don’t misunderstand what I’m saying! Yes, there is a change. Ezekiel 36:26 reads: “And I will give you a new heart, and a new spirit I will put within you. And I will remove the heart of stone from your flesh and give you a new heart.” But at the moment of Salvation, God doesn’t magically transform our circumstances or our flaws or our sins or our pain or our struggles. He doesn’t suddenly make us angelic creatures that deserve passage into Heaven by our own merit. We have no merit of our own! I was a wretched sinner before I was saved, and I am still a wretched sinner now. I still have a sin nature. I struggle with doubt, fear, pride, gossip, lust, and on and on. Becoming a Christian doesn’t make those things go away automatically. Sometimes, I think it actually intensifies those things, because with the heart change comes a knowledge that the “old way of life” is no longer acceptable, and then ensues the struggle against sin nature. Paul the Apostle recognized this all too well, and cried out in the book of Romans: “I see in my members another law waging war against the law of my mind and making me captive to the law of sin that dwells in my members. 24 Wretched man that I am! Who will deliver me from this body of death?” 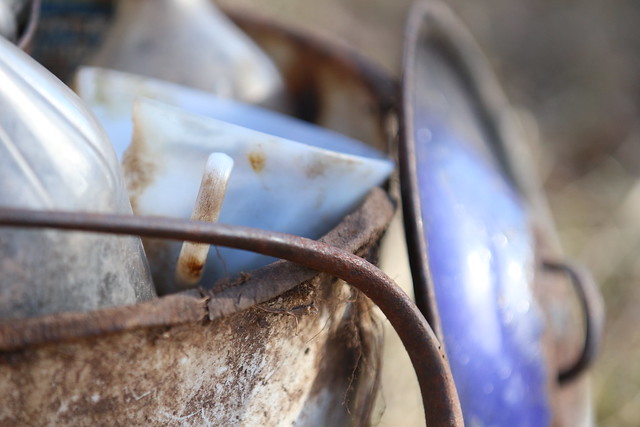 The Christian is a lot like those bottles and rusted metal. Nothing changed when I pulled them out of the junk heap. They weren’t treasures then and they aren’t treasures now. They aren’t worth anything to anyone. Except to me. Not because they changed. But because they are mine. I have given them meaning. In the same way, God doesn’t change what we are. He changes Whose we are. He gives us His Spirit, and the strength to change. He gives us a new heart. He puts His stamp upon us. He gives us meaning. 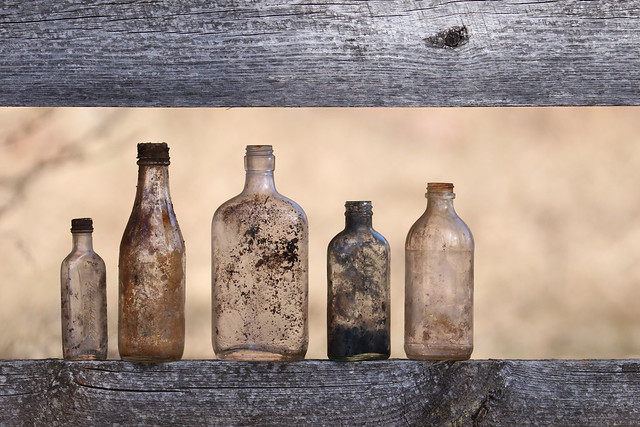 One thought on “Messages in Bottles”