I came inside this afternoon and found Luna, the big grey boy cat, curled up in the sunlight, living the carefree, delightful life of a very happy cat. He is almost ready to be booted back outside after his ordeal as an invalid, which I think he has enjoyed quite a bit, actually. Someone (who will remain anonymous) slammed his tail in the door and degloved two inches of it or so. After receiving this recommendation from a few people, we did minor surgery at home to remove the exposed bone (some of which fell off on its own before we got to it), eventually got him a cone since he kept re-opening the wound, and kept it clean and covered. Thanks to him chewing it back open once or twice before we got him the cone, it took two whole months for the thing to heal, but it is now completely closed up and the hair is all growing back. He is now pretty much as good as new. Dumb cat. 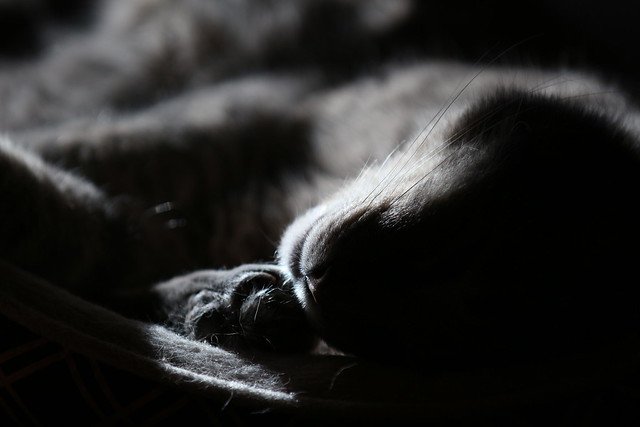 What bliss. These cats are so manipulative.