Due to late planting, we don’t really have much in the way of garden produce just yet – We’ve gotten a few zucchinis, a couple of cherry tomatoes, and a tiny handful of strawberries. And lots and lots of dill. The dill volunteered this year, so we left it as a pest deterrent. Unfortunately, though, we don’t have any usable cucumbers. So the girls and I drove in to Rapid to the farmer’s market this morning and picked up a few bags of pickling cucumbers and fresh garlic, and picked the dill fresh from our garden!

Twenty-four-hour dills are a generational favorite –  Guaranteed to be ready in 24 hours, although Great-Aunt Margene says they can be ready in 12 hours. Make them in the morning and serve them at dinner! This is my great-grandmother Sarah Adrian’s dill pickle recipe. 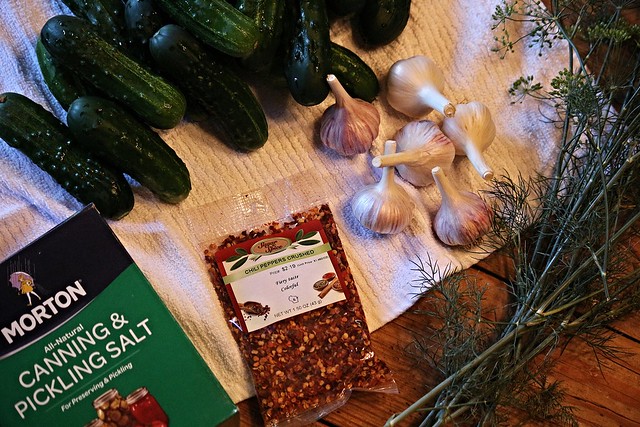 dill, garlic gloves, and hot pepper, crushed red pepper, onions, or any other ingredients to taste 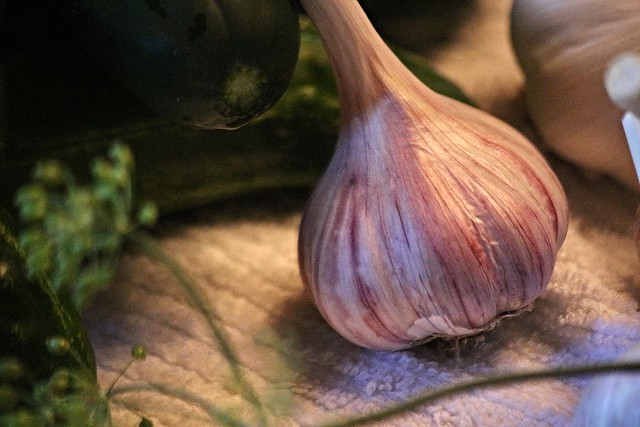 Combine the vinegar, salt, and water – According to Great-Aunt Margene, the solution doesn’t need to be boiled. However, I remember boiling it in the past, so I deviated from the recipe and boiled the brine. Wash cucumbers. Slice in spears, but leave attached at ends. Slicing them allows them to be properly steeped in the brine after 12-24 hours. 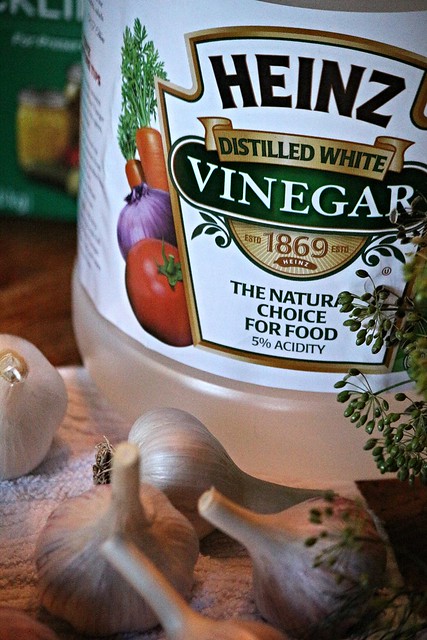 Pack cucumbers in pint or quart-sized jars, with garlic and dill (and whatever other ingredients you are using) layered with them.  Pour the brine over the cucumbers, and seal jars. Let sit for 24 hours, or to taste. 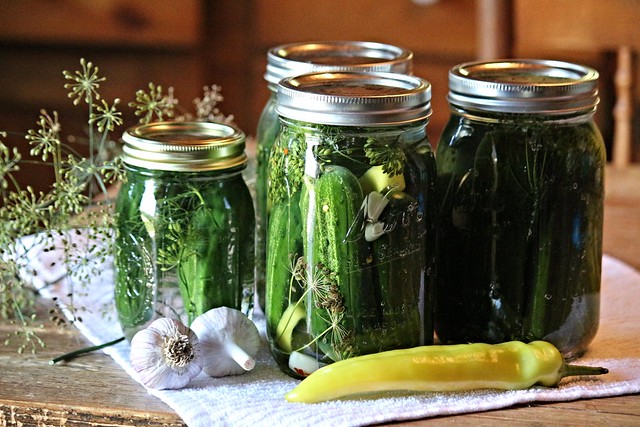