A sunny morning gave way to clouds in the afternoon, and by evening a gentle thunderstorm had rolled in. For a good hour and a half or two hours, we enjoyed a steady May rain, which in turn gave way to an awesome western sky, flaming with sunset. A rainbow glimmered in the eastern sky. What a testament to God’s wonder and power and might. 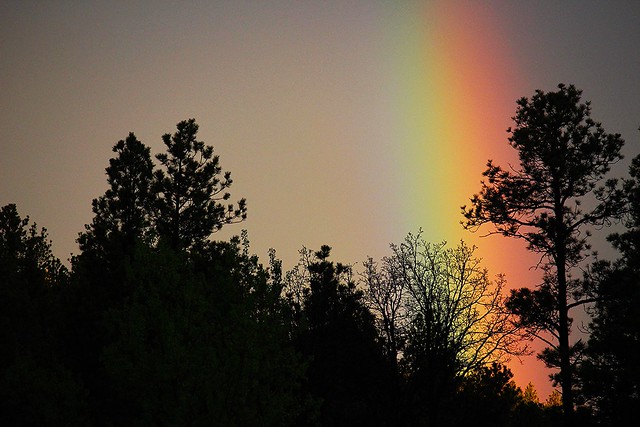 The heavens declare the glory of God,
and the sky above proclaims his handiwork.

7 Sing to the Lord with thanksgiving;
make melody to our God on the lyre!
8 He covers the heavens with clouds;
he prepares rain for the earth;
he makes grass grow on the hills.
9 He gives to the beasts their food,
and to the young ravens that cry. 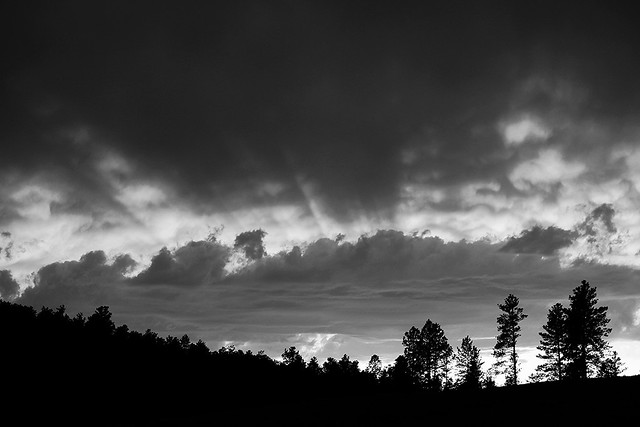 8 “As for me, I would seek God,
and to God would I commit my cause,
9 who does great things and unsearchable,
marvelous things without number:
10 he gives rain on the earth
and sends waters on the fields;
11 he sets on high those who are lowly,
and those who mourn are lifted to safety. 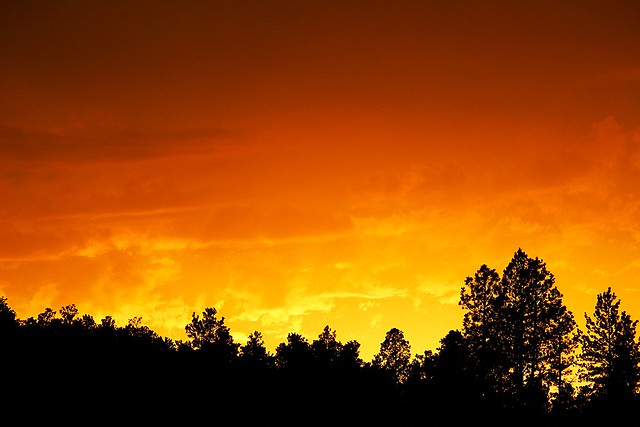 20 For his invisible attributes, namely, his eternal power and divine nature, have been clearly perceived, ever since the creation of the world, in the things that have been made. So they are without excuse.

Those words, without excuse, should be haunting and convicting. Convicting, because how often do Believers see the works of God and dismiss them, either because we are used to them, or because there is a “scientific” explanation, or because we have hard hearts? Haunting, because many people on the earth today have no excuse for their unbelief, yet persist in unbelief. But God in His great love and mercy has given us a way to know, deep within our souls, of His existence, His power, His might, without ever needing to be told. Just look around. The Heavens declare.

2 thoughts on “The Heavens Declare”