What had begun as a beautiful Sunday morning and early afternoon turned to clouds and drizzle by the late afternoon and evening. The closer we got to the Lion’s Head trailhead, the greyer and rainier it became, but we had coats with us and set out hiking in the drizzle. 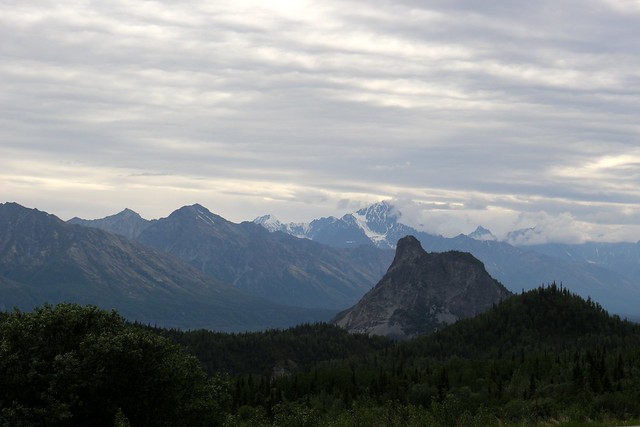 An online hiking article states that the trail is 1 1/2 miles long, and it definitely is a good scramble, steep, narrow, and slick in the rain. Jenny and my Uncle Dan both are skeptical of the 1 1/2 miles and think it has to be shorter – I’m not. Though, it didn’t feel nearly as long coming back down! 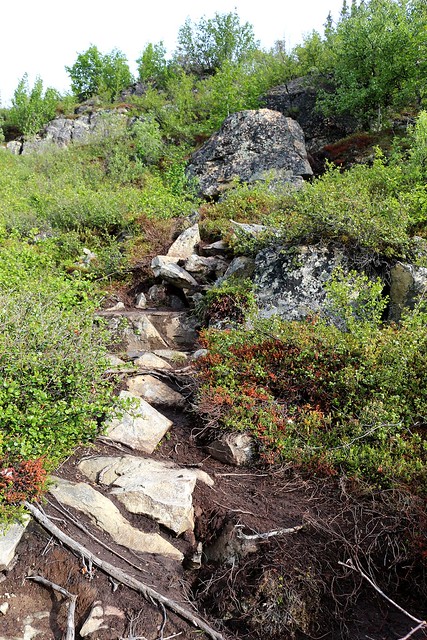 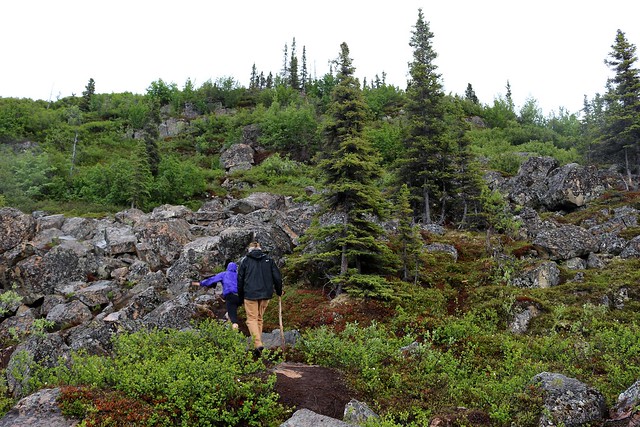 Most of the trail does indeed go straight up, with a few too-short switchbacks and some rocky climbs. The rain had made the trail a muddy mess and the footing somewhat treacherous in places. Lots of easy handholds are to be had, however. About half of the distance is in forest growth, though there are open areas boasting beautiful views of the Matanuska Valley. The rain and clouds and mist gave the landscape a moody, surreal atmosphere at times, with the river and the Glen Highway gleaming dully in the distance, beneath towering clouds and strange sunlight. The scramble includes a stretch of boulder field, which was easy to navigate and was actually a nice break from the raw, muddy scramble. The trail begins to level out towards the top, with a pretty gentle grade over the ridge to the actual peak. 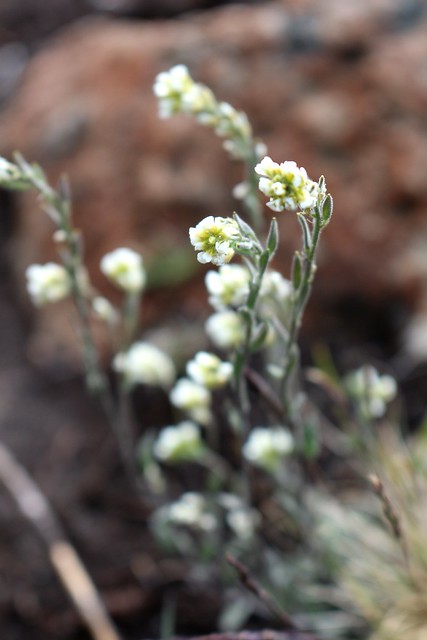 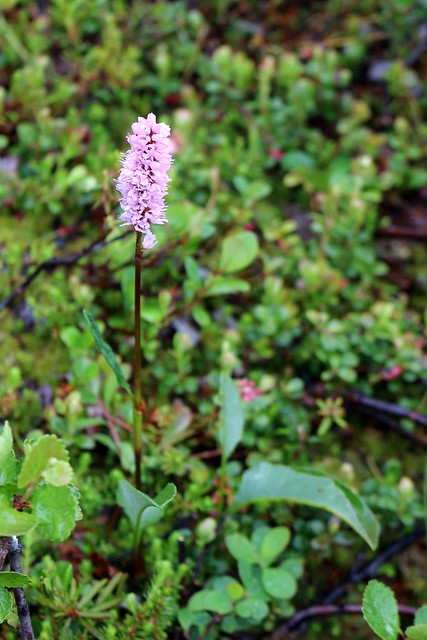 Once again, I couldn’t help but exclaim over the strange terrain, with the soft and spongy moss covering pretty much everything in thick, tangled mats. Large lichens added weird pattern and texture. Tiny flowers poked up among the fronds of moss, delicate and seemingly vulnerable, and little ferns grew impossibly in the boulder field. How amazing, that God has equipped these plants with fortitude and tenacity to be able to grow and flourish in such harsh climates. 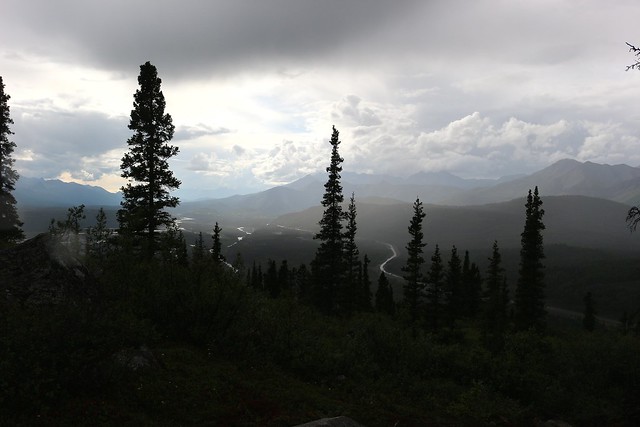 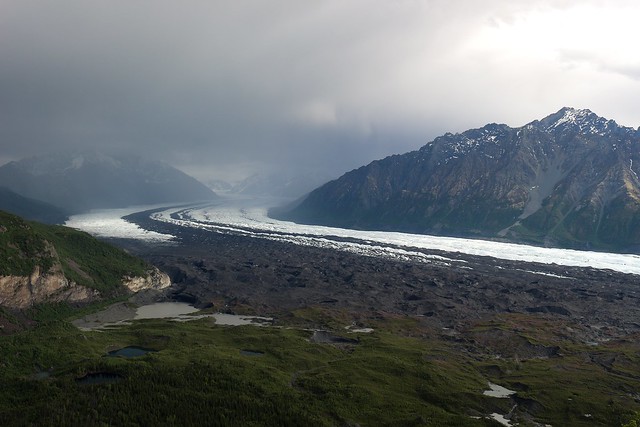 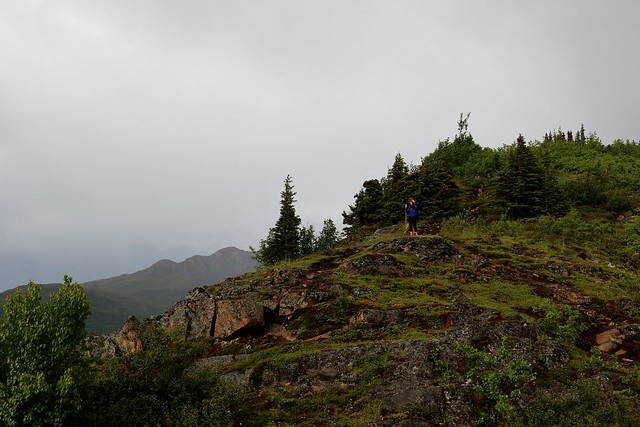 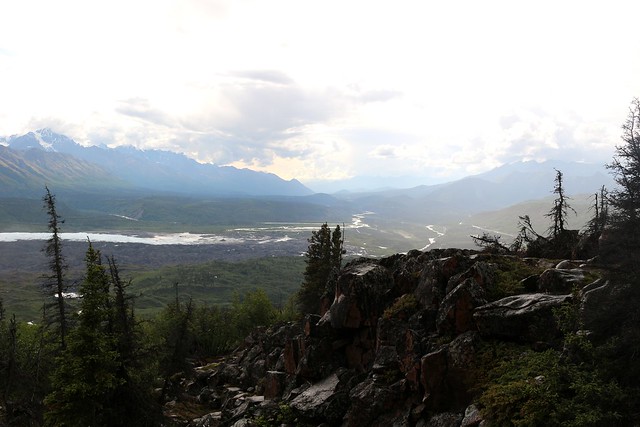 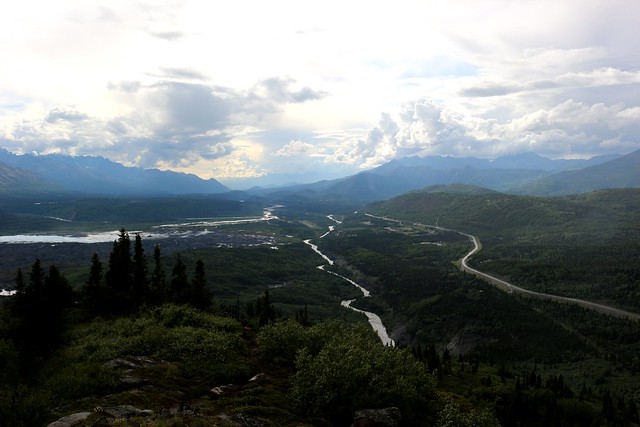 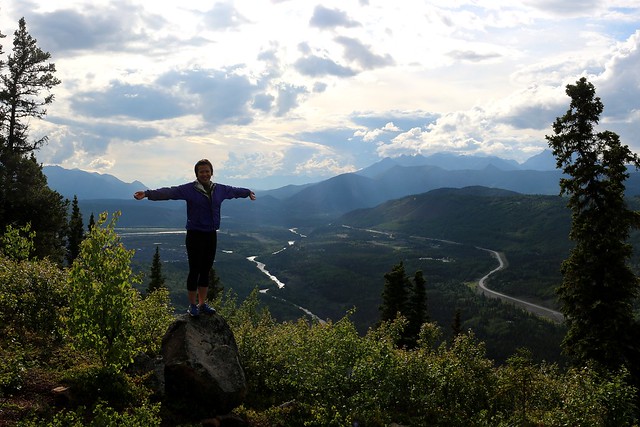 There were glorious views once we reached the top, and the sun began to show itself. There must have been some electrical activity in the storm, since our hair was standing up on end at the peak, in spite of being wet from the rain. Hoards of mosquitoes were also waiting for us, as well as a number of swallows dipping and diving over the cliffs, and beautiful clusters of wildflowers springing up seemingly from the rock itself. The Matanuska Glacier snaked back out of sight, hidden by mountains and mist. A swampy area dotted with little lakes sprawled between us and the glacier. The mountains along the Matanuska Valley were blue with rain, losing themselves in the distance. Breathtaking, truly. 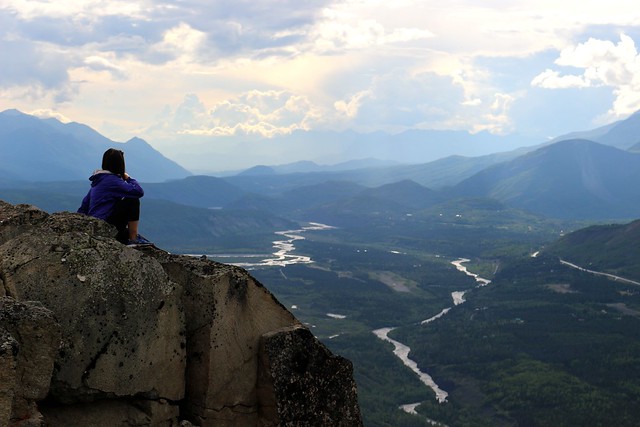 We hiked back down the trail, bug-bitten, rain-wet, sweaty, and muddy. What a joy, to be able to spend God’s Day in His glorious Creation, marveling at His handiwork, His Creative powers in having shaped and formed this world we live in! 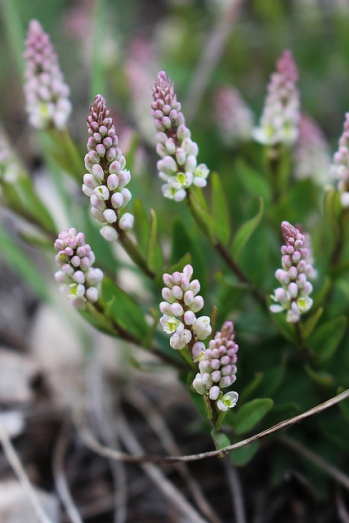 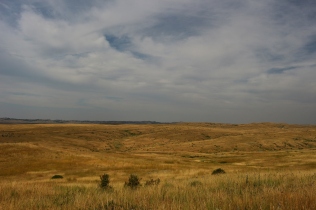 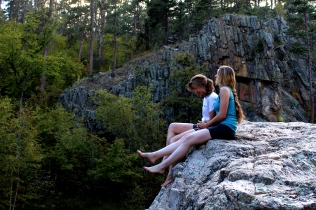