“Charity (love) is rightly called ‘the Queen of Christian graces.’ …. It is a grace which all people profess to admire. It seems a plain practical thing which everybody can understand. It is none of ‘those troublesome doctrinal points’ about which Christians are disagreed….If men possess nothing else in religion, they always flatter themselves that they possess ‘charity.’….But I am bold to say that in many minds the whole subject seems completely misunderstood.

“He that would take down ‘charity’ from the high and holy place which is occupies int he Bible, and treat it as a matter of secondary moment, must settle his account with God’s Word….[T]hose who despise the subject are only exposing their own ignorance of Scripture.

“The charity of the Bible will show itself in a believer’s readiness to bear evil as well as to do good. It will make him patient under provocation, forgiving when injured, meek when unjustly attacked, quiet when slandered. It will make him bear much and forbear much, put up with much and look over much, submit often and deny himself often, all for the sake of piece. It will make him put a strong bit on his temper, and a strong bridle on his tongue.

“True charity is not always asking – ‘What are my rights? Am I treated as I deserve?’ but, ‘How can I best promote peace? How can I do that which is most edifying to others?’

“The charity of the Bible will show itself in the general spirit and demeanor of a believer. It will make him kind, unselfish, good-natured, good-tempered, and considerate for others. It will make him gentle, affable, and courteous, in all the daily relations of private life, thoughtful for others’ comfort, tender for others’ feelings, and more anxious to give pleasure than to receive. True charity never envies others when they prosper, nor rejoices in the calamities of others when they are in trouble.

“And yet, be it remembered, our blessed Master never flattered sinners, or winked at sin. He never shrunk from exposing wickedness in its true colors, or from rebuking those who would cleave to it….He called things by their right names. He spoke as freely of hell and the fire that is not quenched, as of heaven and the kingdom of glory. He has left on record an everlasting proof that perfect charity does not require us to approve everybody’s life or opinions, and that it is quite possible to condemn false doctrine and wicked practice, and yet to be full of love at the same time.

“Charity, such as I have described, is certainly not natural to man. Naturally, we are all more or less selfish, envious, ill-tempered, spiteful, ill-natured, and unkind….The heart in which charity grows is a heart changed, renewed, and transformed by the Holy Ghost.”

Yet another beautiful and thought-provoking (convicting) chapter in J.C. Ryle’s book. I really appreciate his brotherly manner of addressing his readers, and the sense of his true heartfelt concern for the spiritual wellbeing of his audience. 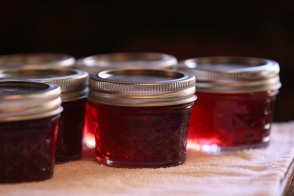