It is impossible to study the history of the American West without being impressed with two things: barbed wire and the Texas longhorn. 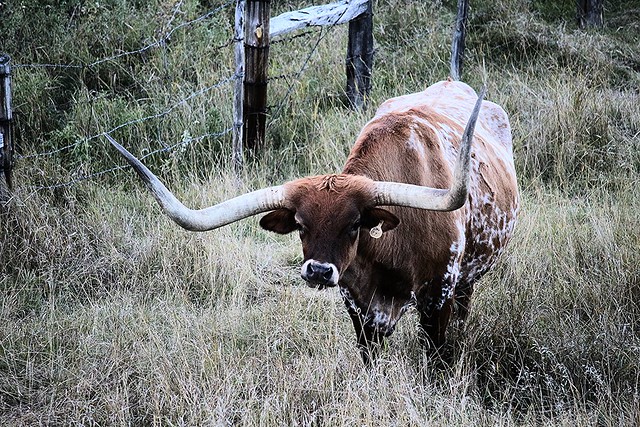 The longhorn is a breed of Spanish origin that was widespread in the American south. During the Civil War, ranches in Texas were shorthanded and consequently the herds of cattle on the open ranges were unmanaged and essentially went wild. The cattle reproduced prolifically for years. After the war, then, these wild, unbranded cattle were free for the taking, and were rounded up by gutsy cowboys and driven north, to the goldfields and boom towns in the West, along well-worn, legendary cattle trails, and were also sold in eastern markets. 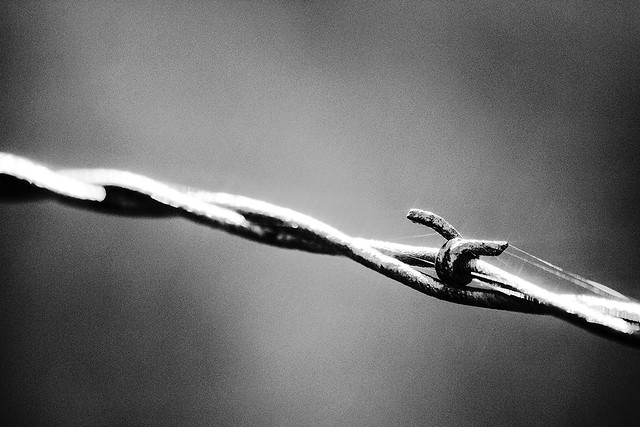 The invention of barbed wire in the 1860s and the widespread use of it in the 1880s changed the landscape of ranching, putting an end to the days of the open range. Violent feuds and range wars raged throughout the West as a result, and a series of conflicts known as the Fence Cutting Wars were a last-ditch effort to preserve the open range. 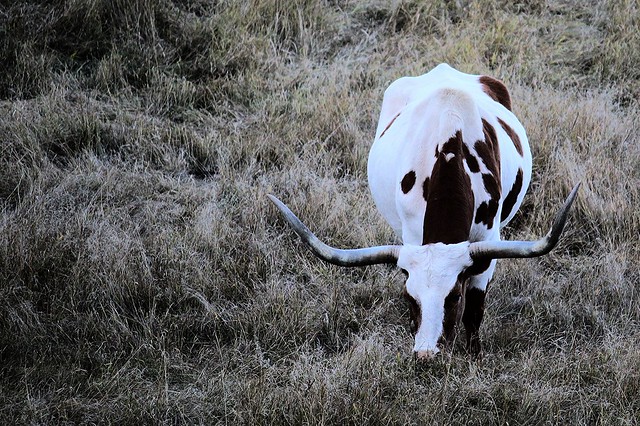 The barbed wire has stayed and has become a necessary part of ranching, though the longhorns haven’t. There are a number of ranchers out here who keep small herds of these beautiful creatures, and it is always a delight to see them. Such magnificent animals.