This little darling is Coal, Ember’s big brother. He is as rambunctious as she is, but he has a cuddly side, which is awfully endearing. 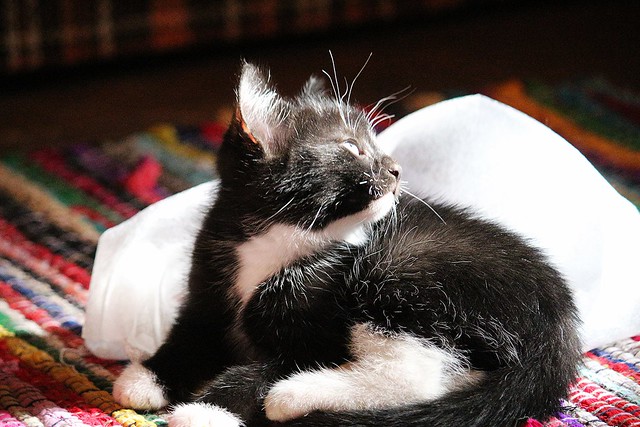 He isn’t a particularly vocal cat, and at the age of about 2 weeks old, he would roll over on his back to have his fat little belly rubbed. He is still just as roly-poly as can be, his little tummy taut as a drum, and his little round face as perfectly kitten as I’ve ever seen. His crazy uncle, Luna, is what we consider to be “the perfect specimen of a cat.” I would wager you’ve never seen as handsome a cat as Luna. But Coal is going to take after his uncle, we think.