I woke up to the gentle melody of rain on the tin roof, just inches above my face. What a welcome, refreshing sound! We’re behind some 6 inches of rainfall this summer already, and everything has been scorching. The garden has been almost impossible to keep watered, ranchers’ hay production is significantly reduced, and the landscape has started to turn a withered brown. For weeks, the grass has been too dry to walk barefoot on it, and even the weeds in the garden have wilted. The 1,600-acre Crow Peak Fire near Spearfish has been blazing for a week and is only about 15% contained. The last thing anyone wanted was a thunderstorm without rain. But we got rain! Boy, did we get rain. 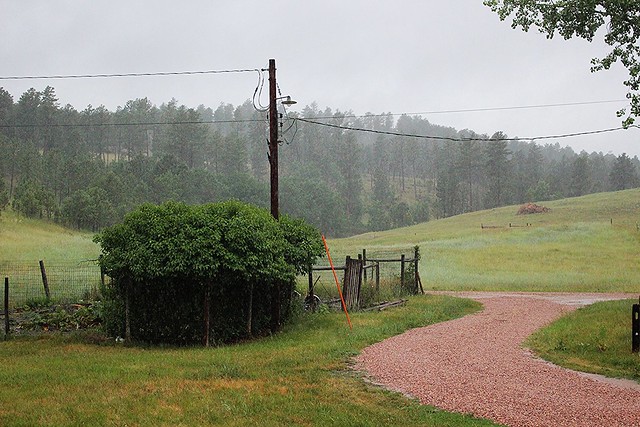 The clouds were low and heavy, hanging in the trees, and already the landscape looks richer, greener. The rain pitter-pattered on the tin roof for most of the morning. At times it would nearly quiet, but then the sound of larger drops would lead into another downpour, though never torrential. It was the slow kind of rain that soaks in deep and doesn’t turn to runoff. We got 1 inch total. The frogs are singing again now. It was a good day for reading, writing, and hot tea. 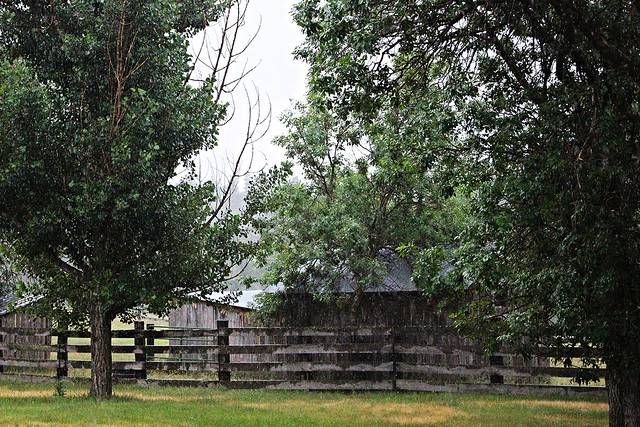 Trixie wasn’t entirely sure what to make of the rain. Unlike our other dog, Baby, who would retreat into her dog house for the whole day when it rained, Trixie was soaked and muddy from digging in the yard, undeterred by the wet. She didn’t seem to care at first, but at one point jumped up and peeked in the window over the kitchen sink. I think she was a little bored. She had dried off a little by noon, so she went with me to take Dad his lunch in Hermosa. She is such a puppy! She hasn’t experienced many car rides and tried to cuddle up initially, then went back to trying to chew on whatever was close enough to get her mouth on, whether it was me, or her leash, or the blanket she was sitting on. She was pretty happy to see Sarah, who got off early from work today. 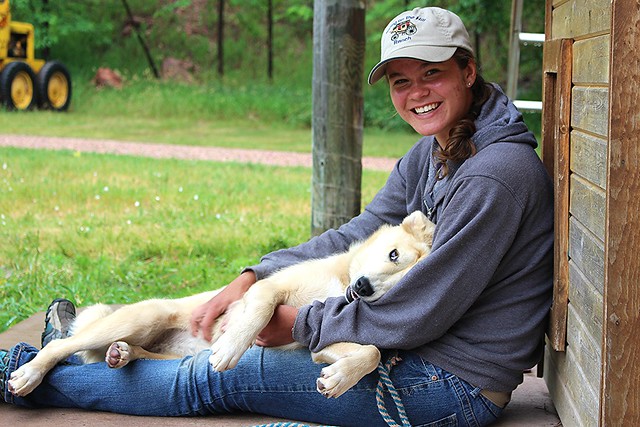 We’re hoping for more rain tonight. It doesn’t look like there is much chance of precipitation over the next week, but we’ll take whatever we get and be glad of it!

One thought on “Welcome Weather”