Baby animals are impossible to hold grudges against. Not that Trixie deserves any grudges just yet, but let’s just say she is all puppy and no training. She is grovellingly sweet – unless, of course, she has something and thinks someone is trying to take it away. The sweetness melts and out comes this ferocious little tiger of a dog. Project number one. 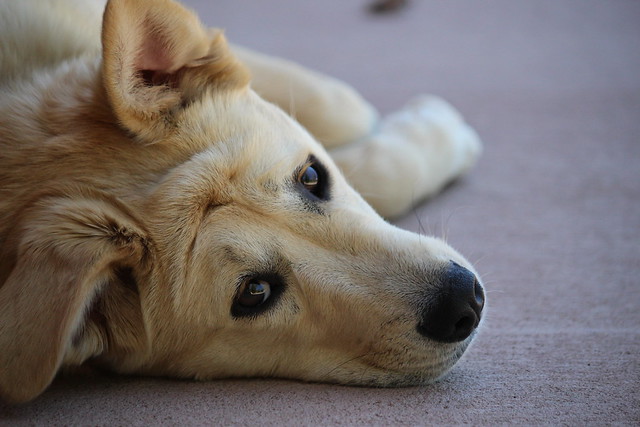 She has already decided that this is home. I’m pretty impressed, considering that this was only day three for the little tyke. So for most of today, we were able to let her roam at will, mainly only chaining her up if my uncle drove by – Because he has a yellow lab who is already Trixie’s favorite buddy, and she will follow Sunny to the ends of the earth. But there is very little risk of her wandering too far. She is sociable and friendly, so pretty much where the people are, there she will be. 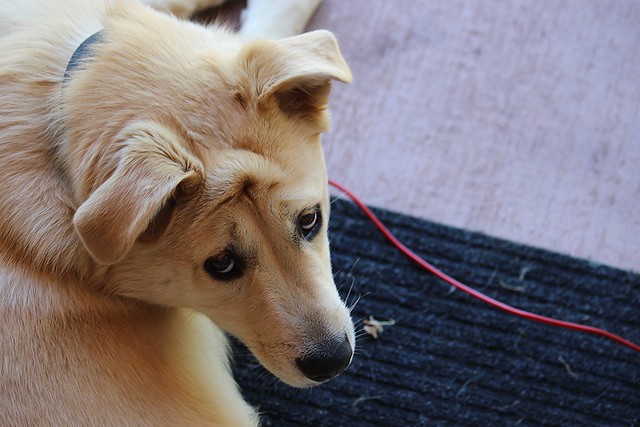 We have a new rule on the homestead, and that goes something like this: Anything belongs to Trixie. Anything she might be interested in, if it is conceivably within reach, belongs to her. That’s just how things are right now. Project number two. 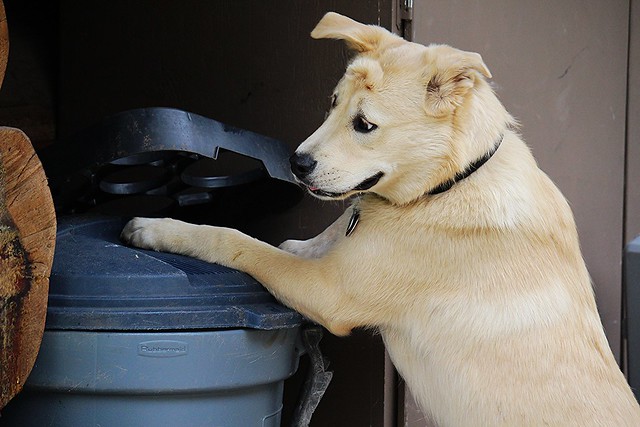 There is an unfortunate symbiotic relationship between the cats and the dog. Cats kill rodents, dog eats remains. Perhaps if it happens more rapidly in the future, it will be fine, but Trixie found a very dead rabbit today. As in, full grown rabbit at least a week dead. It was putrid, and was apparently very appetizing. She carried it off and refused to give it up. Refer back to “tiger of a dog.” When Dad got it away from her (she already respects him), she tried fishing it out of the trash can. Nasty. The words “drop it” mean absolutely nothing to her. Neither does the word “come.” Projects number three and four. 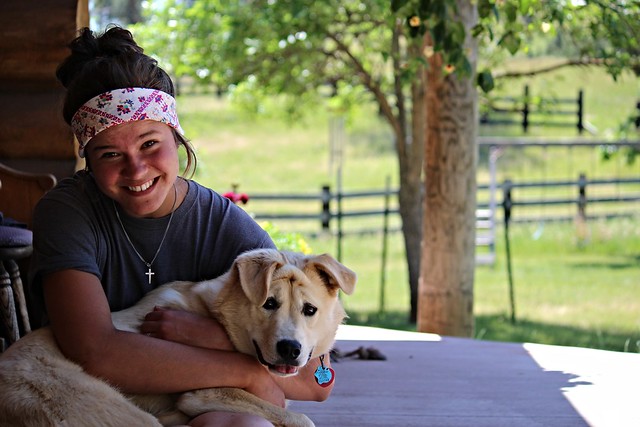 As I said, she’s all puppy, and she still thinks she is the size of a kitten. Meaning, she still things she is a lap dog. Sitting down on the porch next to her is an invitation to be mauled, in a puppy-rough kind of a way, where teeth get lightly involved with ears and chins and heads. That’s why the putrid rabbit was not an option. Baby, my sister’s dog and the one we had until about 6 months ago, is a reluctant cuddler. Trixie thrives off of cuddling and rough play. 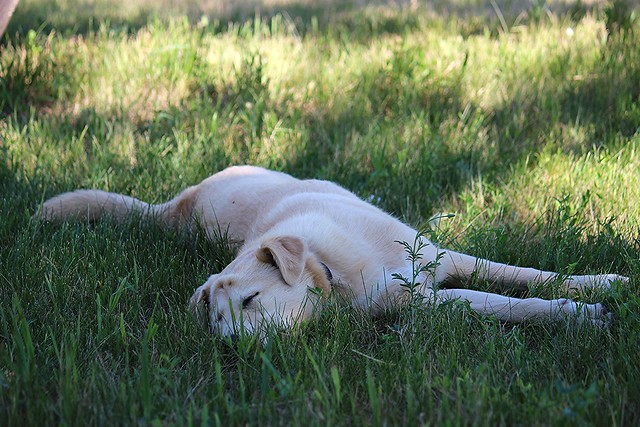 And she is darling. Absolutely darling. And good company. I took a blanket outside this afternoon, and sat on it to do my Bible reading, and she sat with me watching her world go by, and sharing my bag of granola. She finally collapsed in the shade and fell asleep. I think she had a long day.