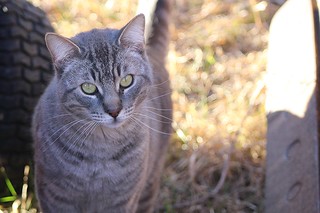 Animals are, I believe, a wonderful gift from God. Created to beautify Creation, to be companions, to provide various necessities of life, and for us as humans to steward well and to enjoy. And God is glorified.  Genesis 1 recounts God’s forming of the earth and filling of the earth with creatures:

And it was good. Good. Good. When a good and wonderful God calls something good, it must be good. Of course, the earth now is fallen and corrupt, but God’s fingerprints are still all over His Creation. His love and creativity and glory are still wonderfully evident. Imagine what earth must have been like in perfection, before sin and death and decay! How beautiful it must have been. 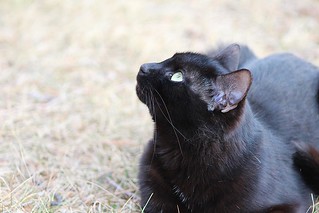 When I am just sitting stroking Kashka or laughing at Luna’s antics, my little heart just wells with mirth – That God would pour so much uniqueness and loveliness and humor and fun and personality into these insignificant little creatures just amazes me. They each have their habits, their quirks. They have their ways of asking for and receiving and giving affection.

Time and again, when the cats are being darling or strange or comical or affectionate, I find myself asking out loud to whomever happens to be within earshot, “How could I ever think this little creature is the result of evolution? How could I think anything other than that God created and loves this little creature?” 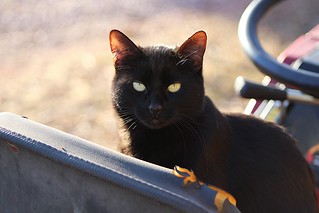 Kashka likes to sit at the window and squeak her paw on the glass, the charming cat version of fingernails on a blackboard. She does that to ask to come inside. Or she jumps up on the windowsill of the Miner’s Cabin and looks at me with her big green eyes. She has a white patch of fur on her belly, and will roll over on her back to have the white patch rubbed. She can’t meow properly, but breathily chirps. She is delicate, graceful, and a pretty capable hunter.

Luna, on the other hand, is big, beautiful, clumsy, and talks to himself while hunting. Doesn’t catch a thing, as far as we can tell. He has a huge voice and a huge personality. He likes to stretch and walk at the same time, and looks really goofy while doing it. He knocks stuff over, rolls on the floor like a dog, and runs chaotically around the yard. I think he got dropped on his head while a kitten. Or God just gave him an extra dose of personality. Something like that. 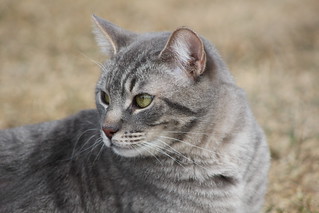 Anna’s beautiful cats, such simple and ordinary creatures, are daily humorous or tender reminders that God cares deeply about His Creation, even the tiny and seemingly unremarkable. He didn’t forget to infuse evidence of His glory and creative power into even the tiniest of creatures. They were created by God, so they must be remarkable. Humanity was the crowning glory of the Creation, but I can’t help but believe that God enjoyed the process of creating all of His many creatures, from the smallest and least significant to the pinnacle of His Creation, from creatures great, to creatures small. The Lord God made them all.

One thought on “Creatures Great and Small”