America from the earliest days was built upon tenacity and determination. Each place has its stories of the men and women who were the first-comers, the settlers, the pioneers, those at the front lines of the frontier. Driven by myriad reasons, but driven nonetheless, men and women trekked through the harshest conditions to pursue and fulfill those dreams. It is amazing to what lengths mankind is willing to go, to expand, to explore, to pursue freedoms and wealth and opportunity and stability and adventure. And the further west and north in the United States, the more recent those stories are.

The Independence Mine was a hardrock gold mine, formed by the joining of two mining companies in 1938, and was worked until its closure in 1951. It was the second most productive Alaskan gold mine, producing nearly $18 million by today’s standards. This is an informative article, briefly outlining the history of the mine. 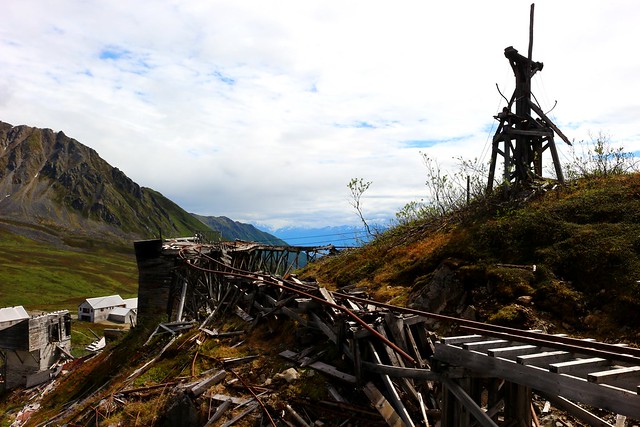 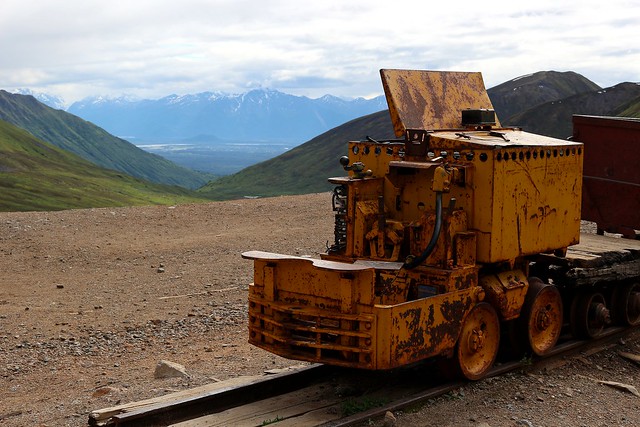 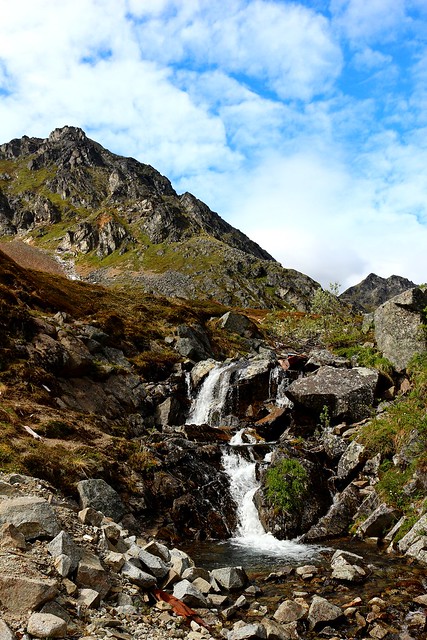 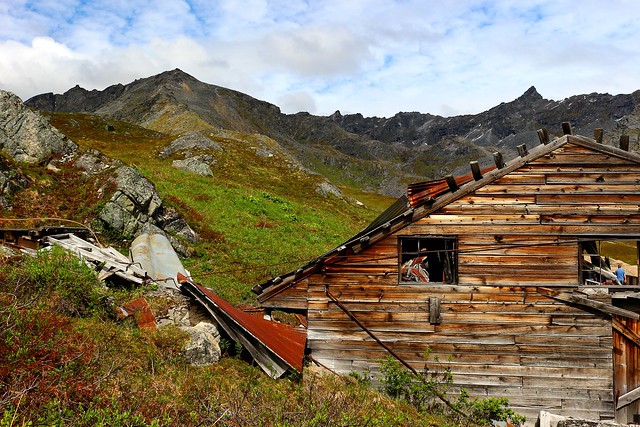 Jenny and I, along with a friend of Jenny’s, visited the mine on Friday, after we hiked Hatcher’s Pass. If we hadn’t been starving and a little pressed for time, we could easily have spent more time walking the trails around the park, taking pictures, and taking in the scenery. Run-down and tumble-down buildings, in various stages of dilapidation, hugged the mountainside, giving quiet testimony to a time when the area was alive with industry. It is amazing to think of the men who first came into this area, in spite of – and maybe because of – how remote and rugged it is. The camp buildings in particular were fascinating to me, as someone who loves old buildings, but also because of how out of place they seemed compared with the rest of the mine buildings. The bunkhouses, cookhouse, and other camp buildings, according to the informational signs, were painted with aluminum paint and red trim, “giving the camp a clean, cheerful appearance.” The manager of the mine wanted to keep his miners happy, and the accommodations were known as the best in the area. 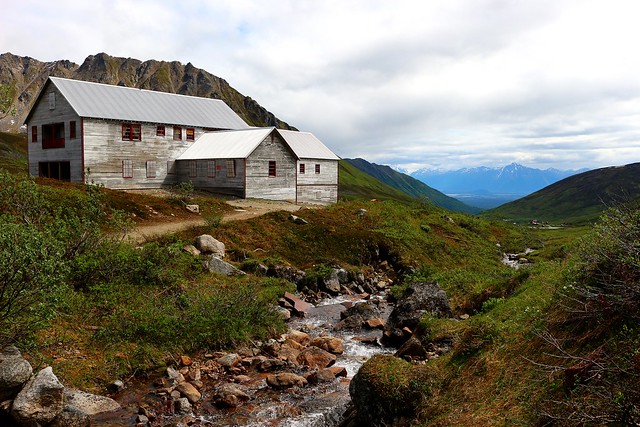 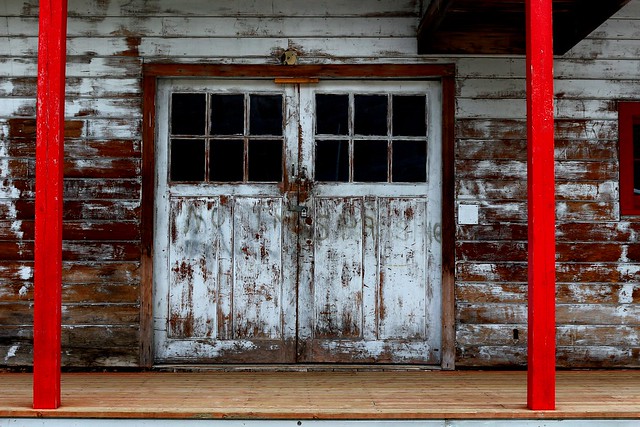 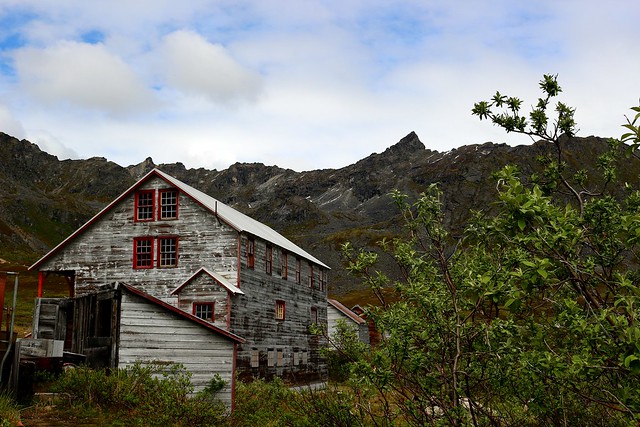 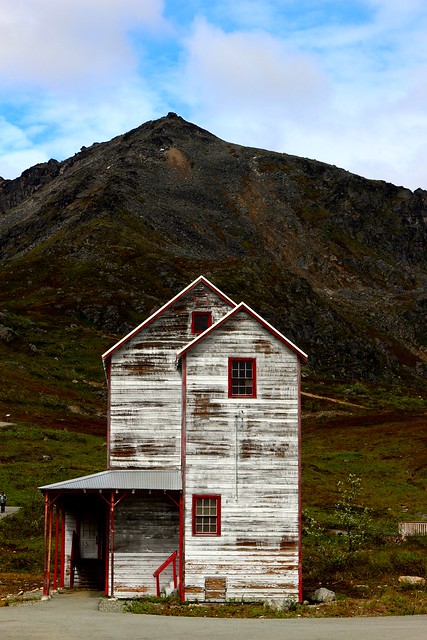 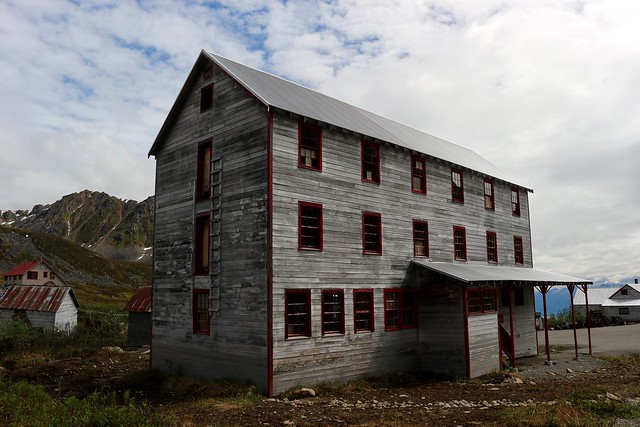 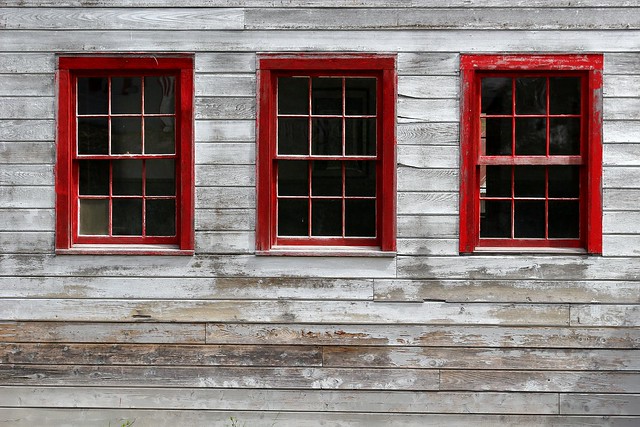 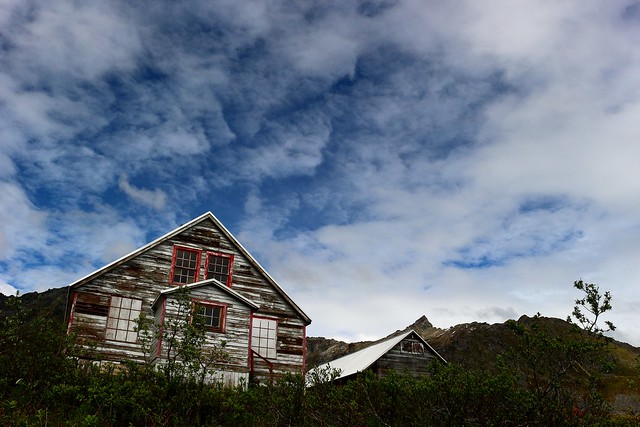 So much history, and so recent. A step back in time.