A recent storm tore into our neck of the woods, leaving us with drifts of hail, shredded trees, and some damage here and there – and a few clear reminders. 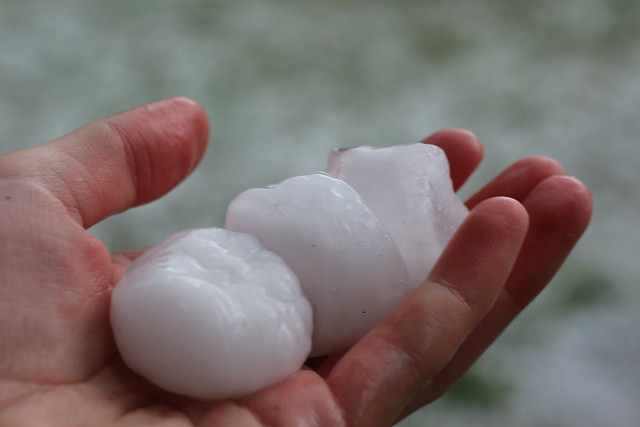 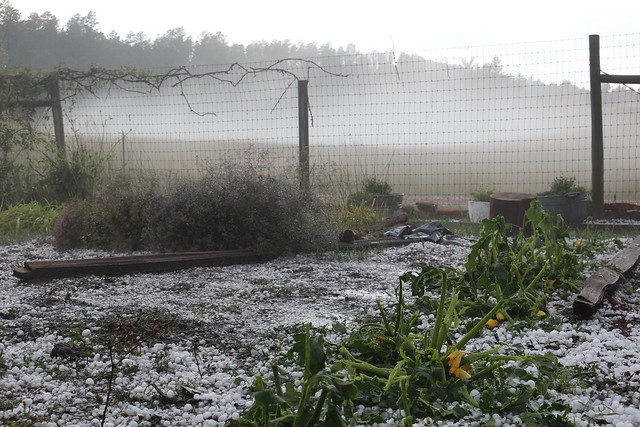 No. 2 – A storm that “doesn’t look like much” can still pack a punch. As it rolled in, Mom and I almost took bets on whether or not those clouds contained hail. I would have lost by a long shot. The storm rolled in, spitting little rice-like pellets of ice. A cloud of fog blew in, and the storm intensified, gradually dropping bigger and bigger hailstones, which bounced and leapt in the grass like popcorn. They got larger, sounding like bricks dropping onto the deck, shattering every direction. When the hail finally stopped, it looked as if it had snowed. 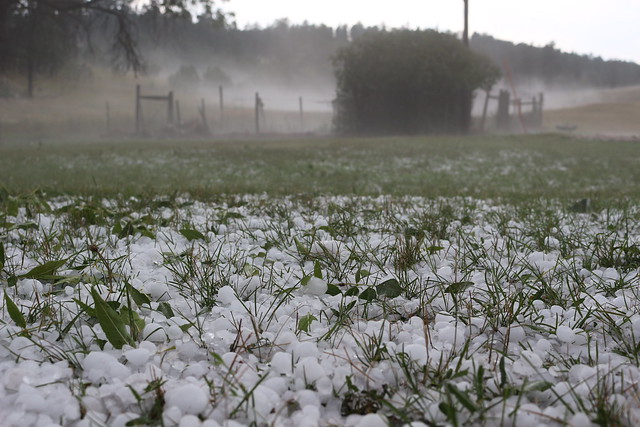 No. 3 – Those things that we see as “bad” are often accompanied by a blessing. Sure, we got a smashed garden, but we also got almost an inch and a half of rain, between the storm with the hail and a storm the previous day. We are moisture starved here, and that inch and a half will do wonders. We went to check the rain gauge, and the top had shattered off. A well-placed hailstone. 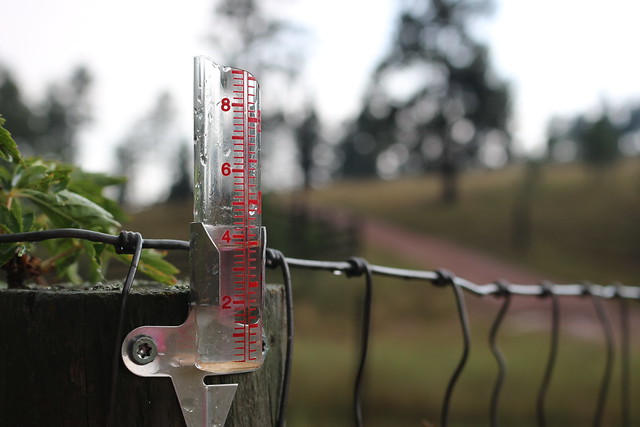 No. 4 – No matter how bad things get, there is always someone else who got hit harder. Mom had worked hard on her garden this year, and it was just starting to produce! Some regret is only natural. But one of the nurses at the clinic where I work has a daughter who lives in Houston, and we’ve been getting updates from her on the state of the storm. Meanwhile, we have a lot of haze in the air from wildfires further west. Montana is burning, Texas is underwater, and all we have to complain about is a smashed garden. What storm were we talking about again…? Nothing like perspective.