White beardtongue is a penstemon, penstemon albidus, a member of the figwort family. These little beauties were blooming all over the family property for the last couple of weeks! I found this one on a short hike down to Battle Creek. Pretty little thing! 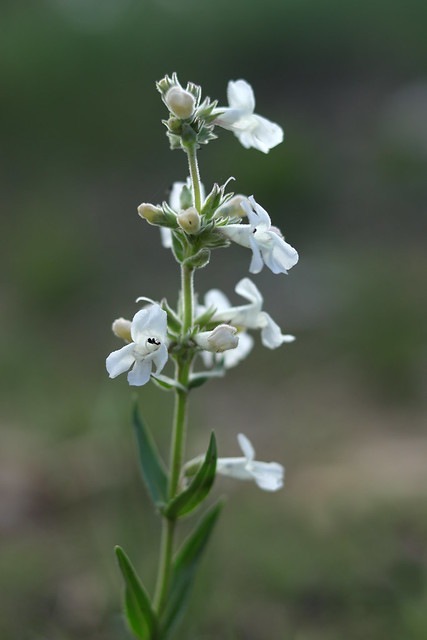 Once again, the variety of our wildflowers amazes me.

Every time I find a flower that I don’t see every day, it constitutes a “favorite find.” And as I mentioned regarding Nuttall’s Violet, I’ve always had a soft spot in my botanical heart for the violet family. This little beauty is one I’ve only seen one other time in the Black Hills, and that was down near Little Falls. It definitely loves moisture, and this one I found near Battle Creek recently. 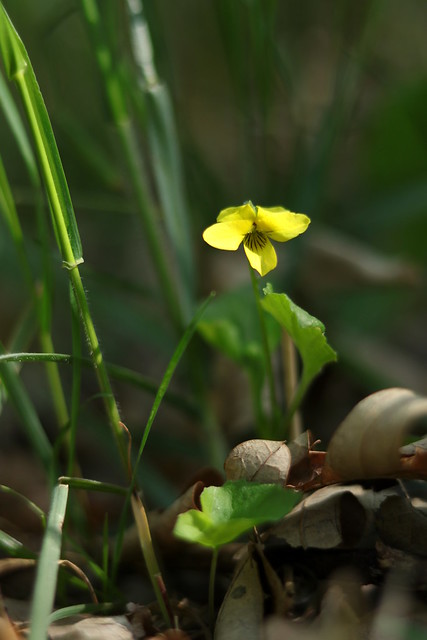 Some violets can be difficult to distinguish, but the yellow wood violet is unmistakable in the Hills, with a growth habit and structure distinctly different from all the other violets, except the Canada violet, which is white. As I said, unmistakable.

This must be one of my favorite finds to date. We have wild columbine, or red columbine, in abundance all over the Hills, but blue columbine, aquilegia brevistyla, is one I’ve never had the delight of finding. We hiked Hell Canyon this afternoon (one of my favorite hikes to date), and this little gem was growing prolifically in the canyon itself. My wonderful, handy field guide, Plants of the Black Hills and Bear Lodge Mountains, states, “Blue columbine….is much less common than [wild columbine, aquilegia canadensis] and is never abundant where it is found.” Well. Today it was abundant. 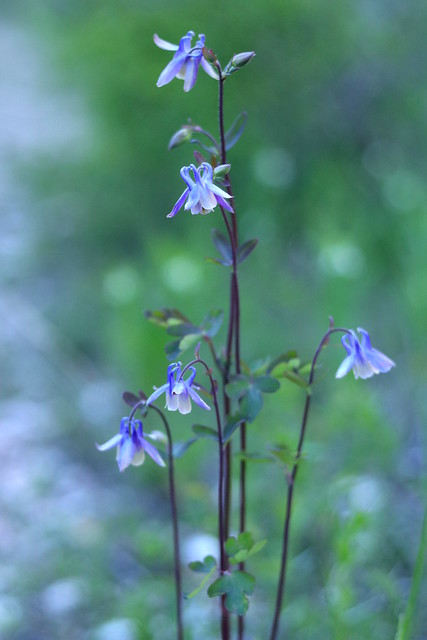 I had never seen one before and sort of figured I was unlikely to ever see one, but I can now put a check mark next to its entry in my field guide, and revel in the pleasure of a rare find.

For years, this little flower has been one of my favorites. Nuttall’s violets are diminutive, as far as violets go, and are the only species with lance-shaped leaves – thus, they are impossible to misidentify. 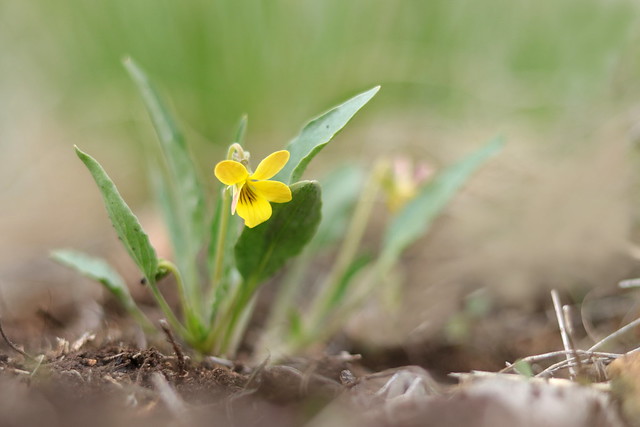 Violets have always intrigued me, and I can probably credit the violet family for first getting me interested in wildflowers. Their little faces are so shy and cheerful, and each species is so unique. I remember the first time I found a Nuttall’s violet, up behind my grandparents’ house, and I came back to their house and looked it up in a decades-old fieldguide of South Dakota wildflowers. I’ve since rejected this book in favor of a much more complete Black Hills and Bear Lodge Mountains fieldguide, which is a fantastic book I highly recommend for anyone looking to grow their knowledge of regional plants! Anyway, this first find was probably 15 years ago, and I have only managed to find any a few times since. Just a few each summer. But this year I have seen more Nuttall’s violets than ever before – they are having a wonderful year!

Wildflower hunting was one of the stated intentions of this hike. Nevertheless, I was overwhelmed by the number of little gems that we saw and had never expected to see this many. It seemed as if my whole field guide was spread out and blooming. Flowers I’d never seen before, except in my field guide, were in full bloom, and others that I did know grew in quantities I’d never seen! It was truly stunning. There was absolutely no shortage of wildflowers in the burn area of the Legion Lake Fire. Rather, they were particularly abundant and spectacular. Prickly pear and barrel cacti were also quite abundant, which was some cause for concern: I’ve been accused of “crawling around on the ground” to take pictures of wildflowers. But one encounter with spines today was enough to make me much more cautious, so after that I was careful to look before kneeling down. 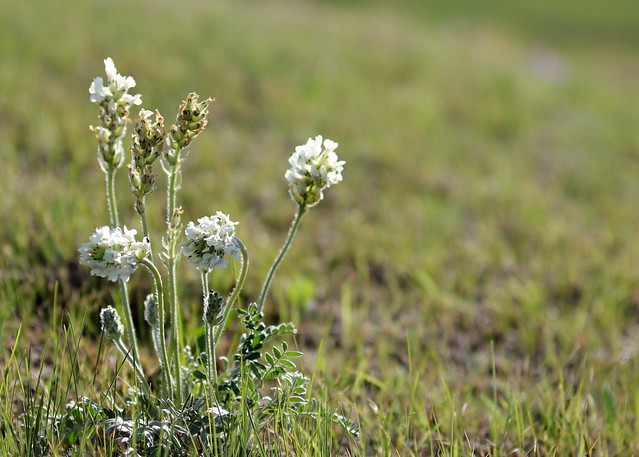 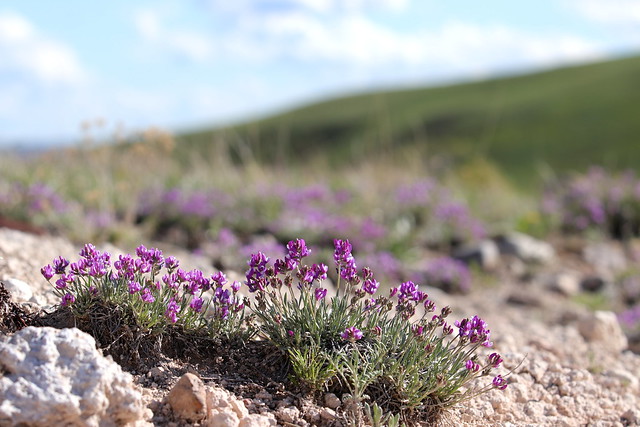 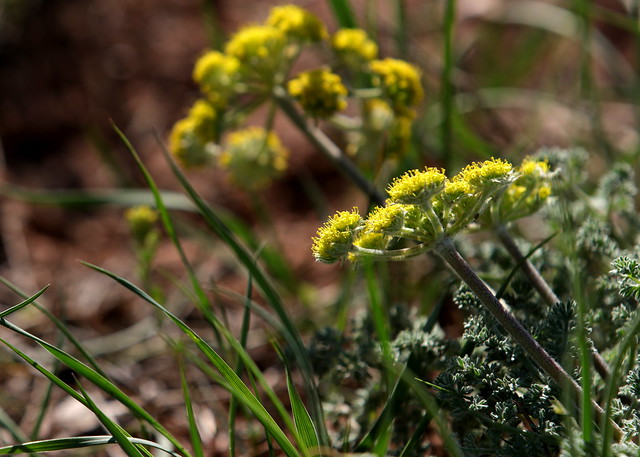 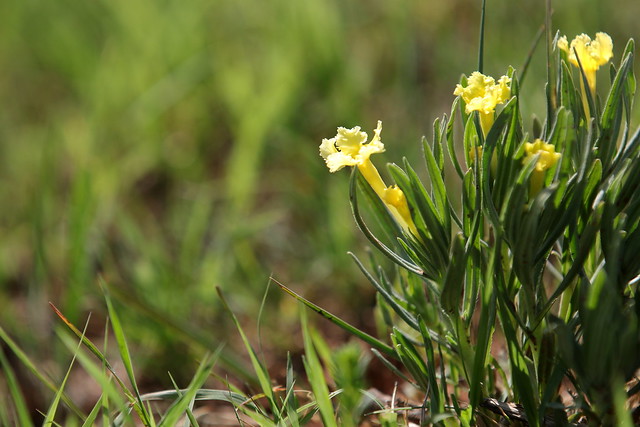 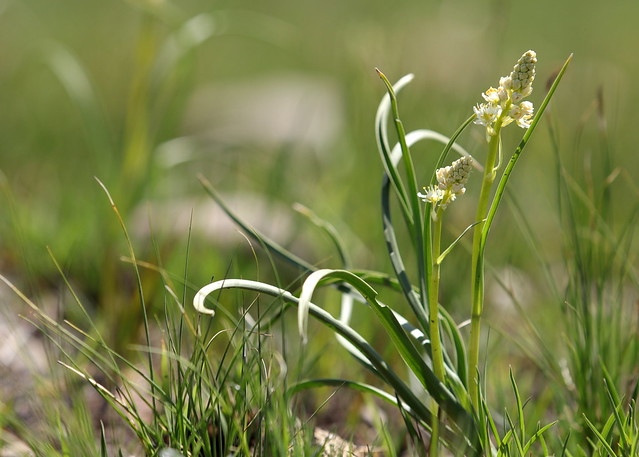 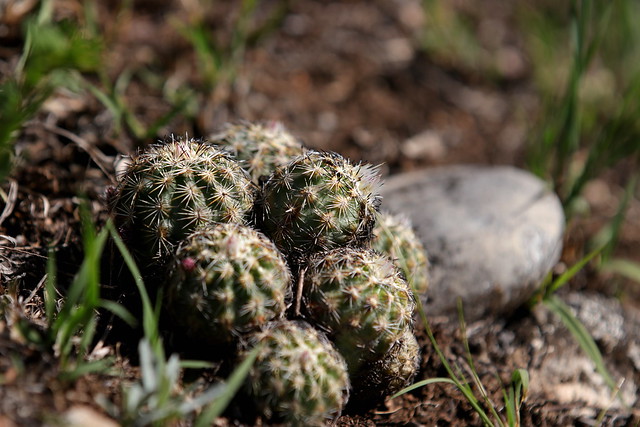 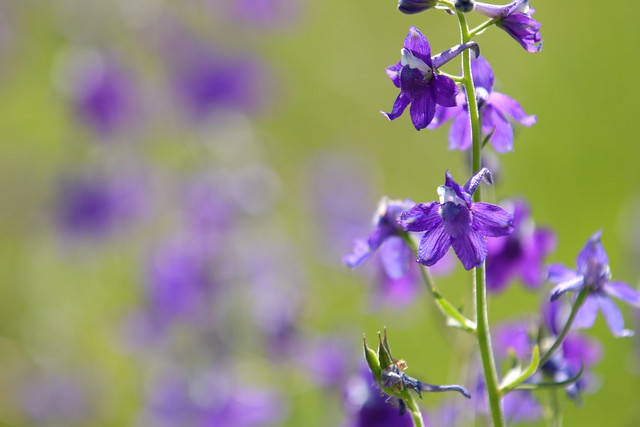 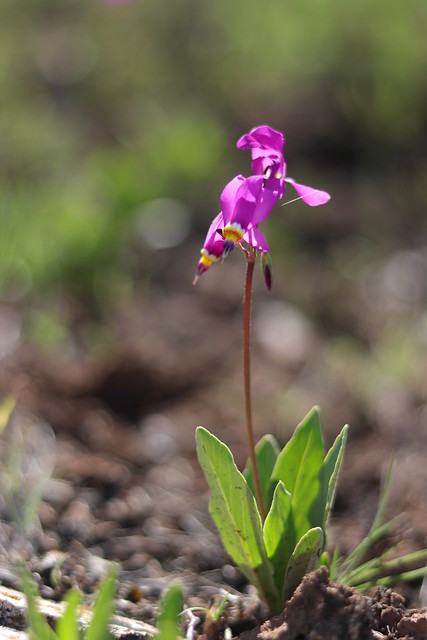 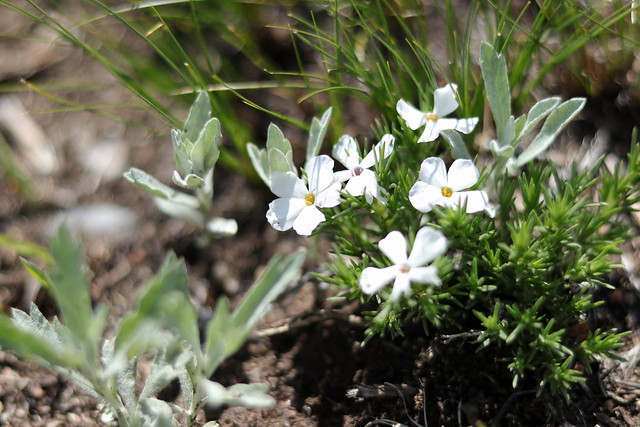 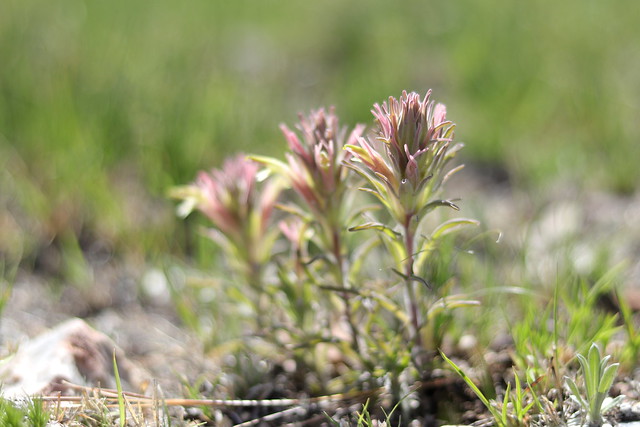 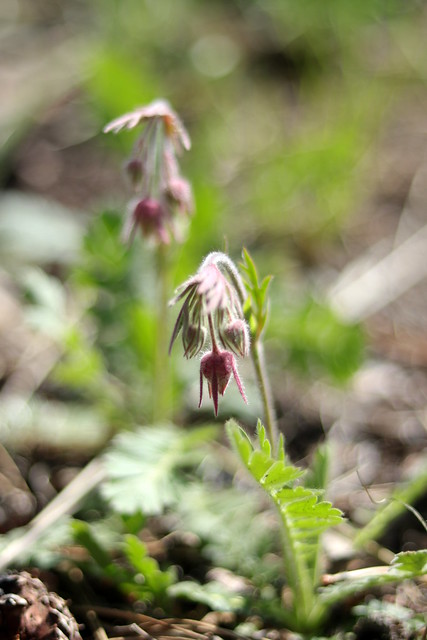 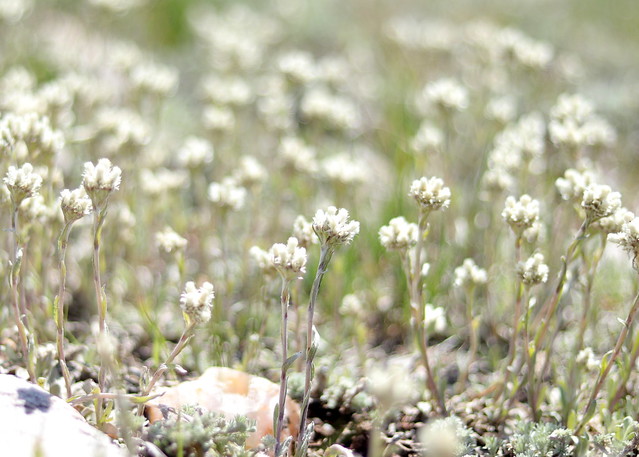 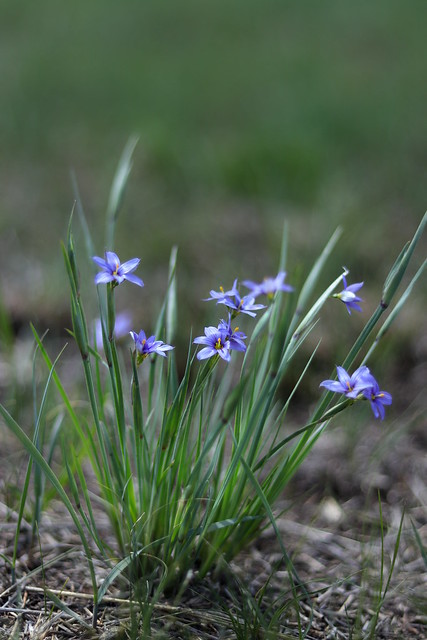 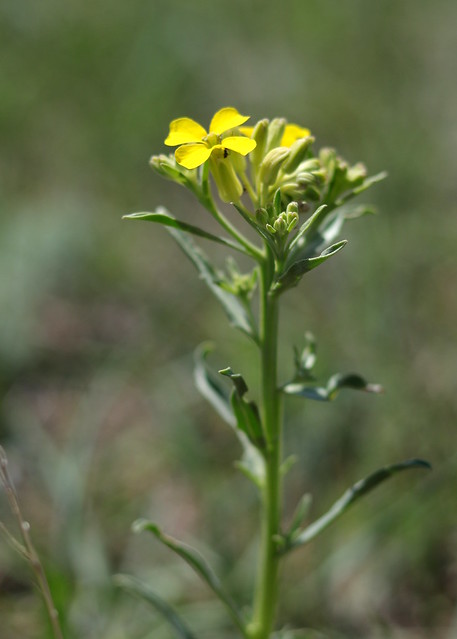 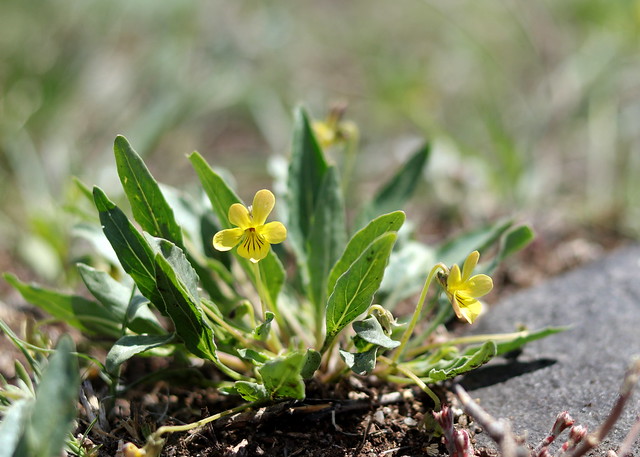 Other flowers not shown here were the star lily, leafy phlox, prairie golden pea, various milkvetches and legumes, including the groundplum milkvetch (a favorite of mine, with an edible bean), yellow salsify, and a number of others. A beautiful afternoon to stroll in God’s Garden.

The last few months have been anything but monotonous. From finishing up my job at the clinic in Rapid (a bitter-sweet change), to getting hired on at Dakota Greens greenhouse and nursery in Custer (officially starting work there this afternoon!), to a whirlwind trip to see my sister in Illinois two weeks ago (more on that later – lots of good photos from that trip!), to taking a bunch of online classes and doing hands on training to join the local volunteer fire department (more on that later as well), to prepping my students for their spring piano recital, this has been anything but a slow spring. And then factor in the sweet normalcy of daily life: time spent with family, time spent with church family, hiking with friends, movie nights with sisters and friends, planning our garden, starting to plant…It has been a lovely spring. But I’m still grappling with the fact that it is already May. May 2018. Where does the time go?

Botanically, however, this spring has taken its sweet time. The wildflowers have not seem to come to grips with the calendar, at least not where I live. Part of that must be the fact that we’re at about 3500 feet above sea level. We also had a number of late snowstorms and lingering winter weather. So the wildflowers have been slow in coming around the family property. The foliage is present – one of my favorite ravines will be absolutely bursting with columbine before too long – but anything but pasque flowers have been reluctant to blossom. To my delight, though, a short hike with Trixie yesterday morning revealed a handful of treasures. 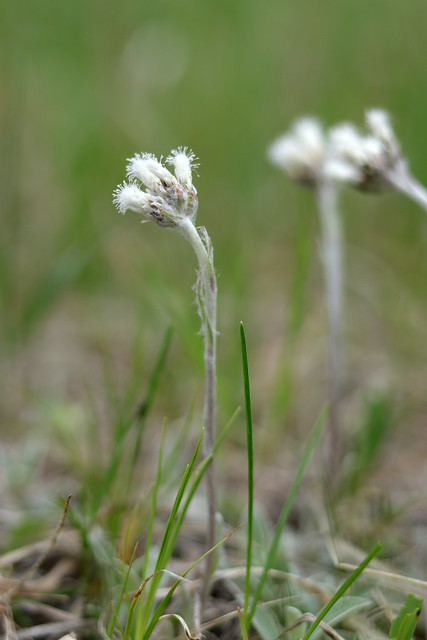 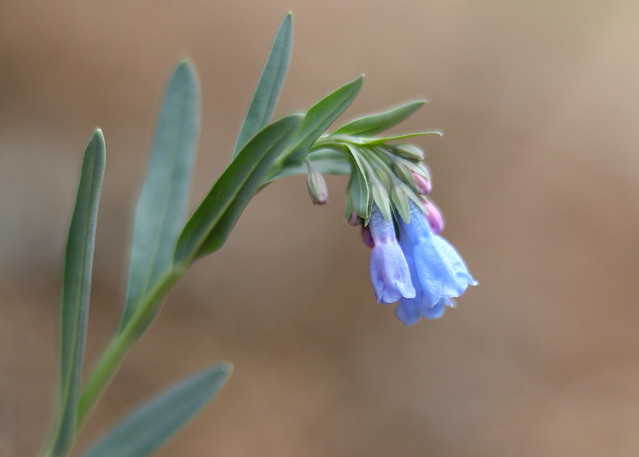 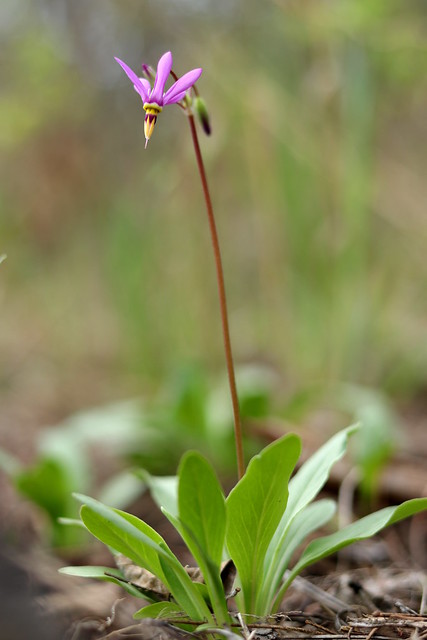 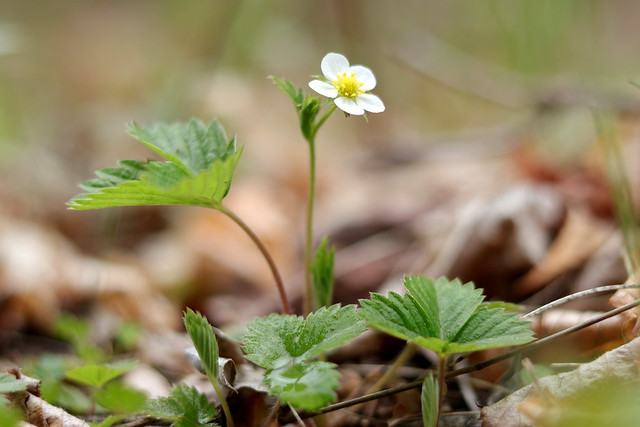 Pussytoes, lanceleaf bluebells, shooting star, and wild strawberry bloomed here and there, and I saw one or two stunted star lilies, and plenty of dandelions. They are the heralds. The rest will arrive shortly, turning our Hills into a thriving bouquet!