This diminutive plains phlox, phlox andicola, demonstrates with a vengeance that apparent delicateness does not exclude hardiness or determination or tenacity. While agate hunting with a friend down near Fairburn, I found clusters of these flowers scattered all over the agate beds, alongside pincushion cacti and not much else. A close relative of the plain’s phlox is Hood’s phlox, phlox hoodii, another tiny flower that looks like it shouldn’t be able to withstand the harsh climate of western South Dakota. 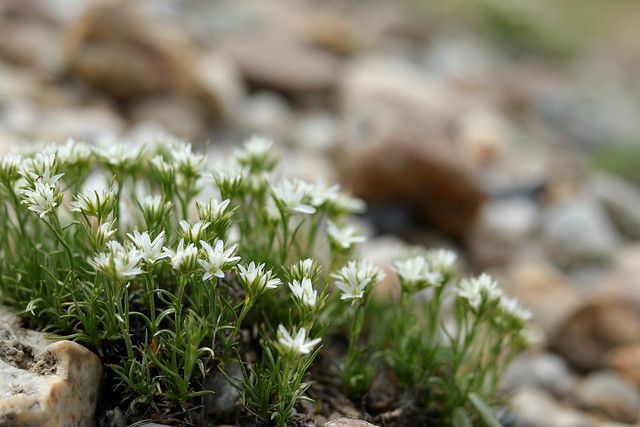 Again and again, wildflowers defy human logic and reason. I love it.

One thought on “Botanicals | Plains Phlox”